The root-knot nematode, Meloidogyne spp., is an endoparasite that infects plants' root system and causes yield losses in several important crops. Meloidogyne is one of the most devastating pests, so searching for effective biological agents is needed to mitigate its damage. In this study, the predatory activity of Arthrobotrys oligosporus Fresen strain C-2197, obtained from a tropical dry forest of Ecuador, was evaluated as a biocontrol alternative for root-knot caused by Meloidogyne spp. Our results showed that A. oligosporus C-2197 has predatory activity against juvenile nematodes, 72.31%, and 79% efficacy, for in vitro and greenhouse conditions. Besides, the studied strain showed growth-promoting activity, increasing leaf and root area of inoculated plants. Growth promoting activity was also observed in field tests. The present study validates the potential use of A. oligosporus as a biocontrol of Meloidogyne spp. in tomato production systems under greenhouse. It also presents useful information on the use of different cultivation media and substrates for massive A. oligosporus spore concentrates.
Keywords: Arthrobotrys oligosporus, Meloidogyne, biocontrol, root system.
INTRODUCTION

Figure 1. (A) Inoculum production of A. oligosporus C-2197 in flasks under controlled conditions. (B) "Bio-cover" inoculated with A. oligosporus C-2197 surrounding hybrid tomato plants ABM 135 after 2 weeks of transplant in field plots.
RESULTS
The radial growth experiment showed that A. oligosporus C-2197 has a differential growth response in all media evaluated (Figure. 2A). The fungus thoroughly colonized the Petri dishes' surface, in some cases, from the fifth day. Of the six media evaluated, the best results were observed with oatmeal and cornmeal agar + carrot agar, however, no significant differences were found (Figure 2B). Sporulation of A. oligosporus C-2197 was highly increased with significant differences (p < 0.05) in v8 juice agar and corn meal agar CMA. Spore count in these treatments was higher than 1x106 cfu/ml after nine days of mycelium growth. In contrast, the fungus produced fewer spores on water agar and carrot agar (Figure 2C).

Table 1. Effect of A. oligosporus on tomato plants inoculated with the root-knot nematode Meloidogyne spp. in greenhouse conditions. 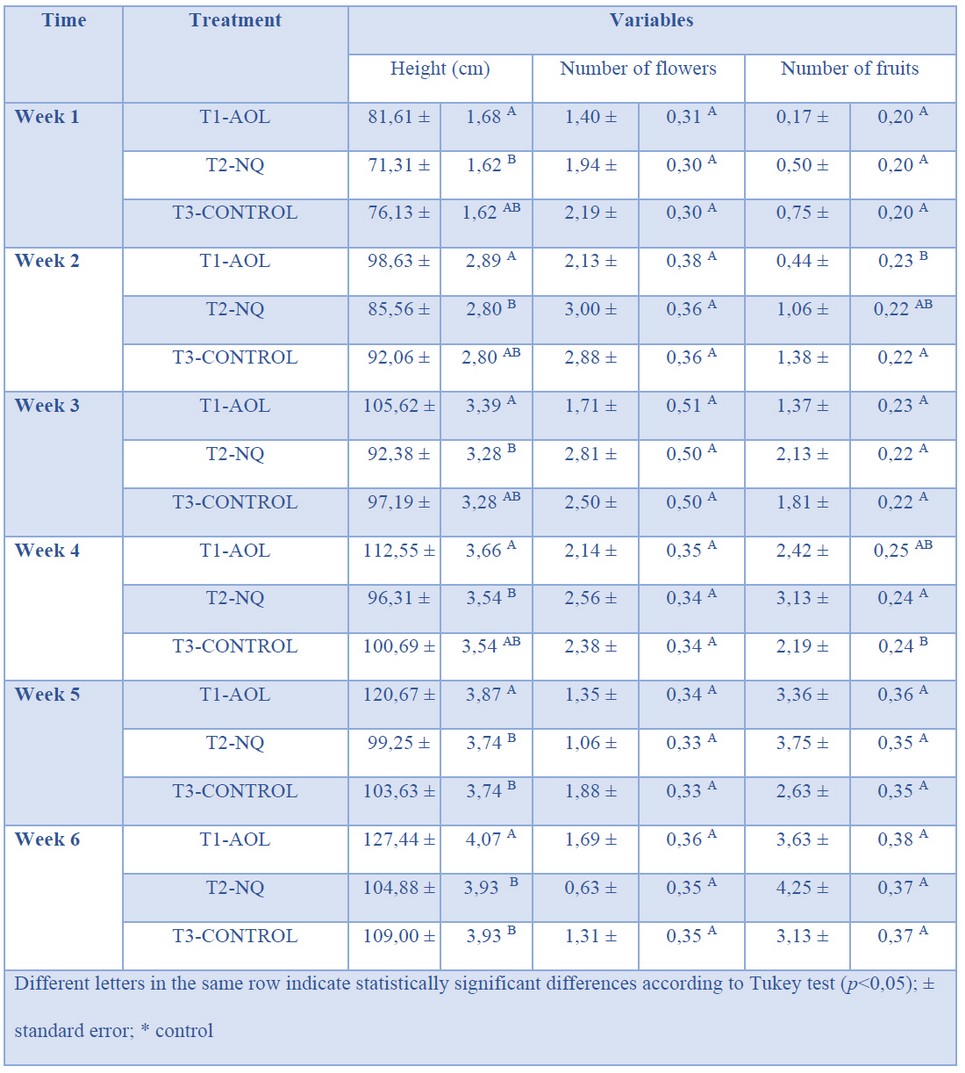 Table 2. Evaluation of A. oligosporus C-2197 on some physiological and agronomic traits of tomato (Solanum lycopersicum) plants hybrid ABM 135 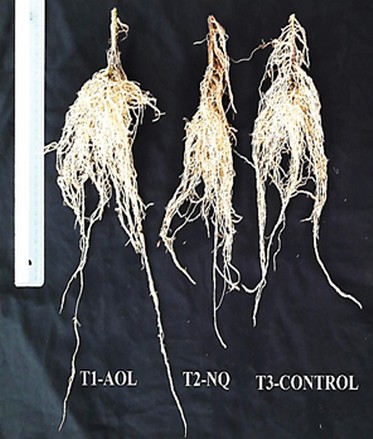 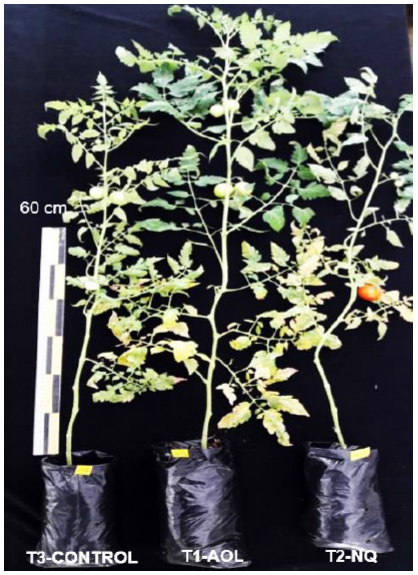