Zarni Ko Ko
Available from: http://dx.doi.org/10.21931/RB/2020.05.04.14
ABSTRACT
A total of 48 species of fish fauna were identified during the present study period. The dominant species of fish were found under order Perciformes in all study areas. The most species composition (40) was recorded in Setse fish landing area. The commercially important fish species were mostly found in Kyaikkhami area. Moreover, 17 species of fish were exported to other regions and foreign countries. Among the fish species, species such as Threadfin (Polynemidae), Croaker (Sciaenidae), Hilsa (Clupeidae), Bombay duck (Harpadontidae), Anchovy (Engraulidae), and Pomfret fish (Stomateidae) were the most economically important species. Bombay duck and Anchovy (especially Coilia dussumieri) were more abundant (70%) at the present study sites. Harpodon nehereus and Coilia species were the leading food employed as fresh and dried for local people in the present study areas.
Key words: Ichthyology, Taxonomy, Compositions, Occurrence, fish landing centers, Thanbyuzayat Township, Mon Coastal Areas.
INTRODUCTION
Myanmar is endowed with natural resources, including rich and various aquatic fauna and flora due to her diversified and the most favorable climate, topography, and habitats. Mon State is located between Latitude 15º 10' N and 17º 30' N and Longitude 96º 46' E and 98º15' E with a unique ecosystem. The Gulf of Mottama faced the Bay of Bengal on the East and the Andaman Sea in the south. This gulf is situated at the mouth of the Sittaung and the Thanlwin Rivers along with the two small rivers, the Gyine and the Attaran. This coastal area is characterized by the fluctuations of seawater flood and freshwater discharge. Mon State areas are covered with estuarine regions characterized by a variable salinity, a temperature range more significant than the sea, and turbid water and muddy bottom (Ohmar Min 1). Economically, the fish component is a significant group of animals. Fish and fish products are an essential part of the diet in Mon State.
Both freshwater and marine fisheries are essential in Myanmar since the local people's livelihood from riverine areas, and the coastal areas depend on the fishes and fisheries. Fisheries are a critical commercial function and domestic or export role to South East Asia and worldwide to earn foreign currency (Ohmar Min1). Ish is one of the most critical animal protein resources in Myanmar. They can be utilized as food in many ways, such as dried, salted, smoked, paste, sauce, and fresh state locally and export to many other countries for commercial purposes. This study aims to determine fish species compositions and to analyze species distributed in Thanbyuzayat Township.
MATERIALS AND METHODS
Study areas
Fish samples were collected from the fish landing centers of Thanbyuzayat Township. The study areas were chosen at three sites, namely Kyaikkhami (Lat. 16° 03¢N, Long. 97° 33¢ E), Setse (Lat. 15° 56¢N, Long. 97° 37¢ E) and Sinpone (Lat. 16° 03¢N, Long. 97° 33¢ E).  Kyaikkhami landing site was the main landing center along with the Thanbyuzayat Township. Moreover, in Setse and Sinpone, the bag net fishery was mainly conducted in this Township. The locations of fish landing sites were shown in Figure 1. 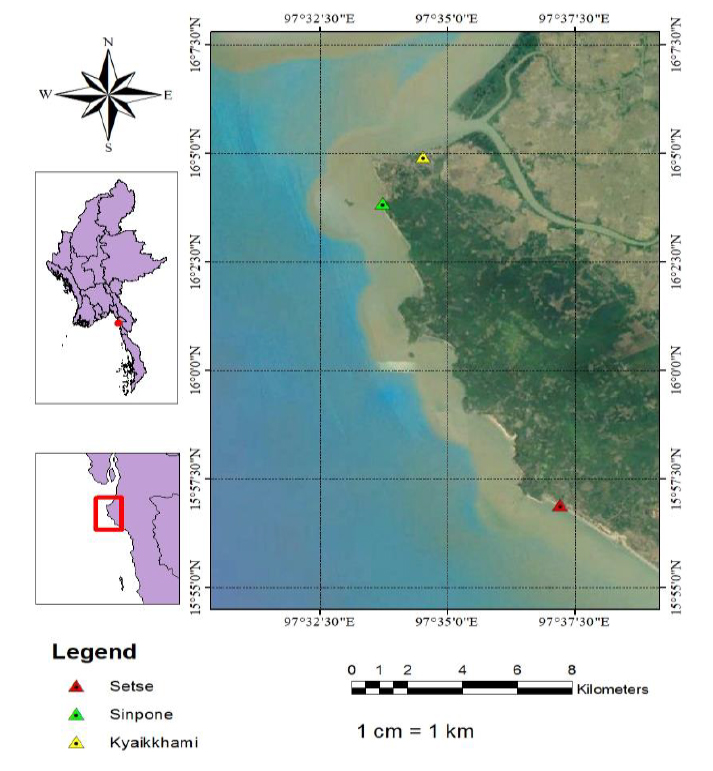 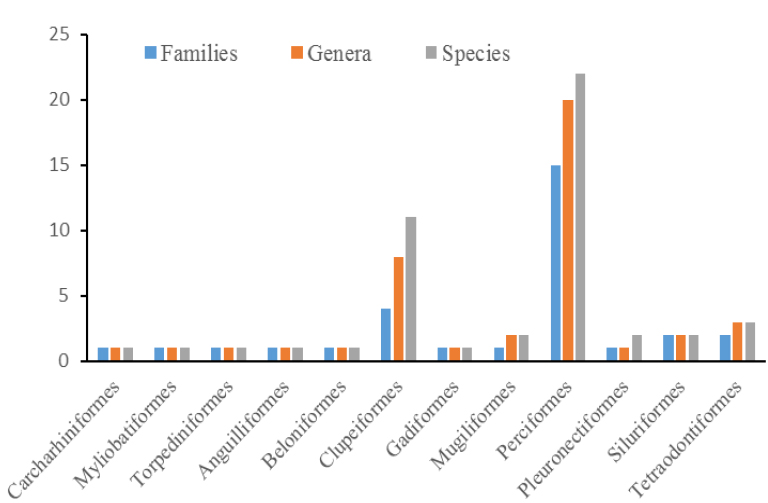 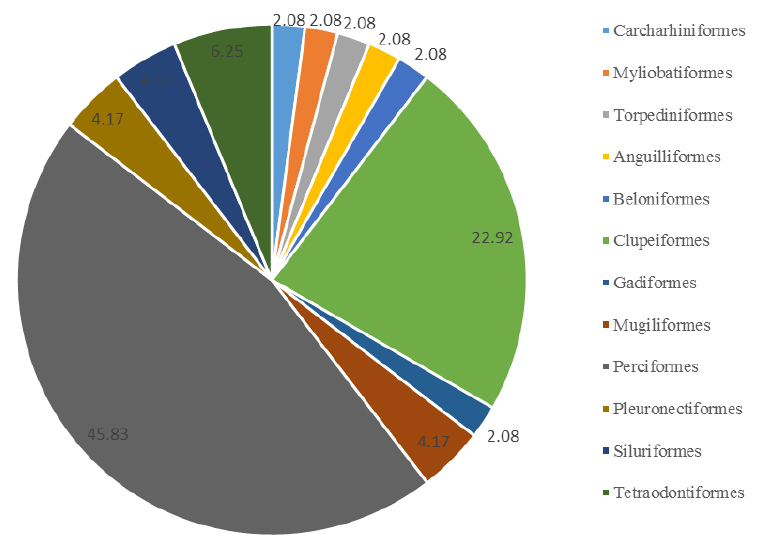 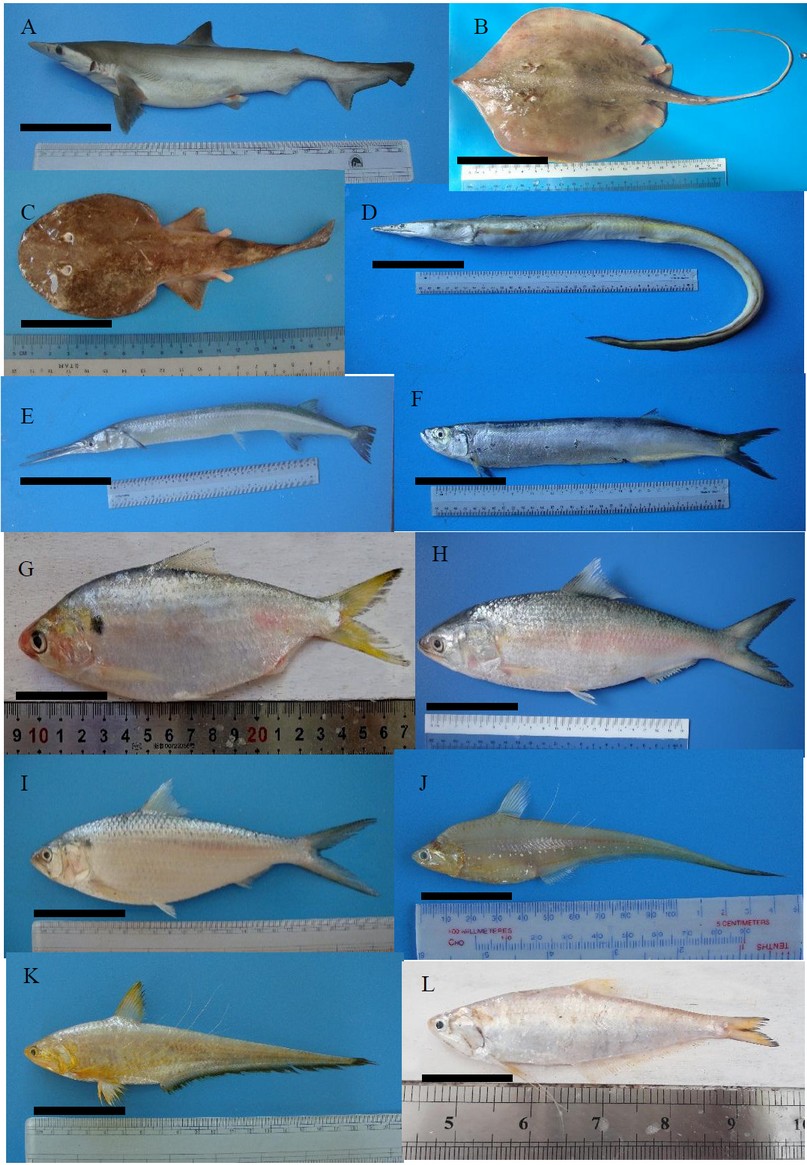 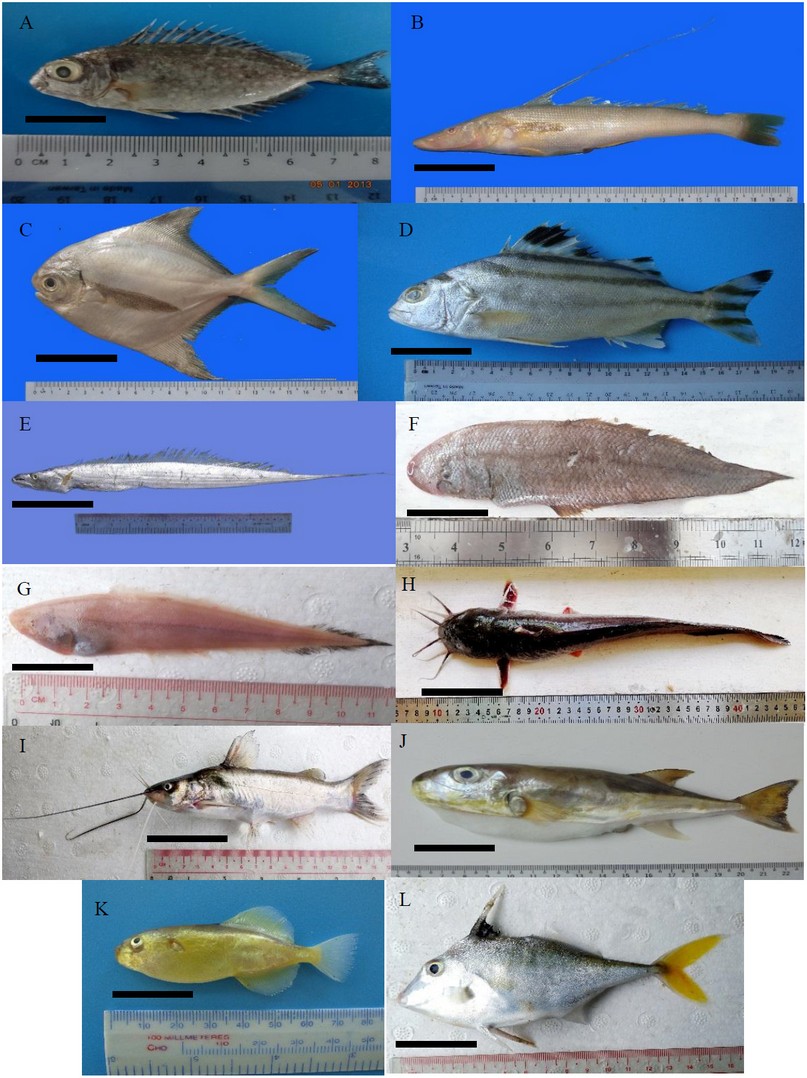