Previous / Index / Next
Synthesis and characterization of azo liquid crystal compounds based on 5H-Thiazolo [3,4-b][1,3,4]thiadiazole unit

and  Nisreen H. Karam2
1,2 Department of Chemistry, College of Education for Pure Science (Ibn-Al-Haitham), University of Baghdad/ Iraq
*Corresponding Author: maha.adel1996.8@gmail.com
Available from: http://dx.doi.org/10.21931/RB/2022.07.02.17
ABSTRACT
A calamitic symmetric liquid crystalline consisting of an azo group containing 5H-Thiazolo[3,4-b][1,3,4]thiadiazole moiety compound[III] was synthesized via sequence reactions starting from reaction terephthaldehyde with mercaptoacetic acid and thiosemicarbazide in the presence of concentrated sulfuric acid to synthesized 5,5'-(1,4-phenylene)bis(5H-thiazolo[4,3-b][1,3,4]thiadiazol-2-amine)[I] then the azo compound [II] synthesized by coupling between diazonium salt of the compound [I] with phenol at(0-4) ̊C., after that the compound [III] was synthesized by the reaction of the compound [II] with methyl bromide in alkaline media. The compounds are characterized by melting points, FTIR and 1HNMR spectroscopy. The mesomorphic behavior was studied by using polarized optical microscopy POM.
Keywords. Azo compounds, liquid crystal, mesomorphic properties
INTRODUCTION
Calamitic liquid crystals (LCs) are widely used in LC displays and optical systems because of the suitability of their anisotropic properties 1-3. In the case of liquid crystals, the azo group is the most widely employed photochromic unit 4-9. This is mainly due to its linearity, diversity in preparation10, speed and stability of isomerization 11.However, their thermal and optical properties can be adjusted by modifying the molecular geometries of the mesogenic compounds. Several calamitic azo LC derivatives have been investigated and evaluated based on their optical properties 12,13, a few groups have increasingly worked with calamitic azo LC derivatives with different core sizes to determine the location of azo linkages within the rigid portion, lateral groups and terminal flexible-chains length 14-21. A rigid shape creates azobenzene molecules, essential for exhibiting mesomorphic phenomena 22,23. Therefore, from these geometrical investigations and part of our study of liquid crystal derivatives containing heterocyclic units 24-29 the purpose of this research was to develop the synthesis of a new azo LC material containing  5H-thiazolo[4,3-b]-1,3,4-thiadiazole unite and methoxy terminal group and the correlation between the geometry of its mesogenic part and its mesomorphic properties.
MATERIALS AND METHODS
Experimental: The materials were taken from Aldrich, Fluka and Merck Co.
Techniques: FT-IR spectra were recorded by SHIMADZU (IR Affinity-1) FT-IR spectrometer in the wave number range 4000-600 cm−1. 1H-NMR spectra were measured by company: Bruker 400 MHz and were reported in ppm (δ); the compounds were dissolved in DMSO- d6 solution with the TMS as the internal standard .The melting point measurement by, Gallen Kamp apparatus.      Liquid crystalline properties were investigated by using a (Meiji MT9000) Polarizing Optical Microscope attached to an INSTEC Hot stage.

SYNTHESIS
The route of synthesized new compounds is represented in figure 1. 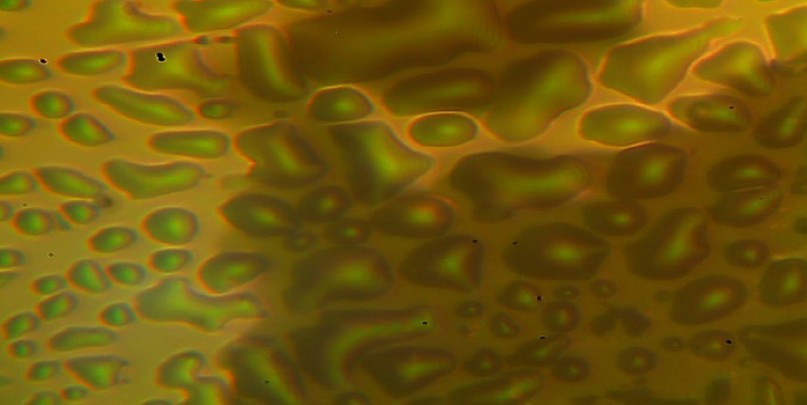 Figure 2. Cross-polarizing Optical textures of nematic phase obtained on heating at 190 C°(Magnification 200×) for compound [III].
CONCLUSION
This work investigated the design and synthesis of a new azo liquid crystalline compound including 5H-thiazolo [3,4-b],[1,3,4] thiadiazole linked with a methoxy group as the terminal chain length, which was then characterized. The melting points, FTIR, and 1HNMR spectroscopy of the compounds are used to describe them. POM (polarized optical microscopy) was used to investigate the mesomorphic behavior of the material.
ACKNOWLEDGMENTS
The authors would like to thank the Department of Chemistry, College of Education for Pure Science (Ibn-Al-Haitham), the University of Baghdad for their help and cooperation throughout this research.
REFERENCES
1. Geelhaar T, Griesar K, Reckmann B. 125 years of liquid crystals—a scientific revolution in the home. Angewandte Chemie International Edition. 2013 Aug 19;52(34):8798-809.