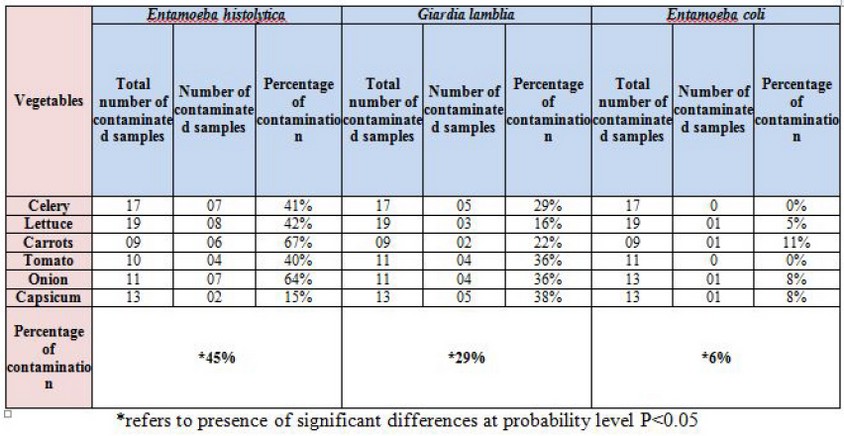 Table 4. Percentage of vegetable contamination with intestinal worms on the left side
In table (4), significant differences in the contamination of vegetables by intestinal worms were found on the left side at a level (P<0.05). The highest percentage of contamination in Tomato by Ascaris lumbrcoides, when it reached (40%). Also, the contamination of lettuce by A. lumbrcoides recorded a high percentage (37%). A high contamination rate also by A. lumbrcoides was found in each capsicum, onion and carrot (31%, 11%, 22%), respectively.
The current study's findings differed from the study of26 in Jordan regarding the percentage of contamination in tomatoes and cucumbers by parasites when they were estimated (24%) and (13%) respectively. It also does not agree with the study of 15 in Egypt, where the percentage of contamination in onion was estimated (13%).
Tomato and lettuce are the most contaminated vegetables by A. lumbrcoides. Contamination by intestinal worms conforms a group of health problems, particularly in the developing and developing countries other than the rest areas of the world, and that is because of the high population in addition to little care of public health rules and the low health awareness and the spread of insects that work as intermedia host in transporting the diseases and worms very quickly in these areas 27 .
They are also seen in areas where people suffer from insufficient nourishment. It is affirmed that there is a relation between contamination by intestinal worms and lousy nourishment, and it is a complicated relation and it is affected by many restrictions such as social, economic and biological circumstances and the type of life that an individual lives 28, 29, 30 . The spread of Ascaris worms and the rest of the intestinal parasites in societies is considered vital evidence that refers to the rate of environmental contamination by wastes and different levels of cleanliness 31 .
It was noticed from the results that the percentage of contamination by A. lumbricoides worm was high in comparison with results of other studies when the percentage was very much higher than the results which were recorded by32 in Baghdad governorate which reached (0.3%), and33 in Karbala governorate when it reached (11%).
The closeness and difference in the percentage of contamination which is recorded in the current study in comparison with the above-mentioned studies are due to several reasons; amongst them the similar climate and environmental conditions of the country in general and the difference in the size of the sample and ages under study, in addition to using more than one different laboratory method in diagnosis. Also, the difference of duration of time that the study covered, and some other reasons such as shortage in municipality services, shortage of rain and the drought resulting from this shortage.