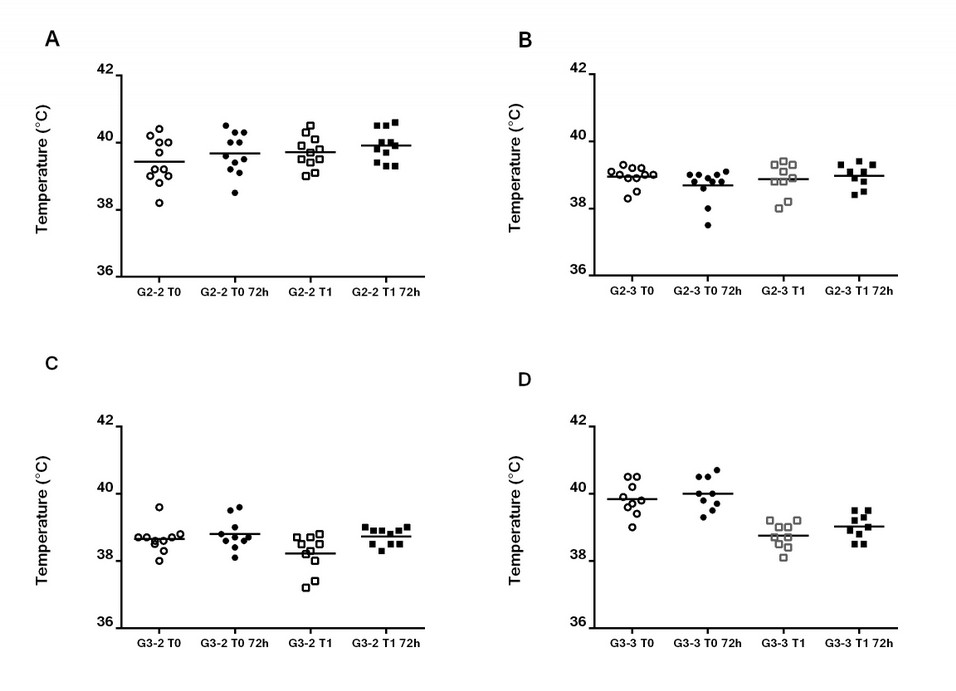 Figure 1. Evaluation of the rectal temperature before and after the vaccination.
Evaluation of hematological and biochemical parameters
The hematological and biochemical parameters of the animals were evaluated before and three months after vaccination (tables 1 and 2). Although some variability was observed at the initial measurements at 15 or 21 days of age, no differences were found among the four groups three months after vaccination (ANOVA p < 0.05). At that time all the values were within the normal ranges for the species.

Table 1. Hematological parameters of the animals before and 3 months after vaccination

Table 2.Biochemical parameters of the animals before and 3 months after vaccination
Immunogenicity of PorvacÒ in piglets
All piglets were CSFV seronegative at the beginning of the study, with NAb titers lower than 1/5. One month after receiving two immunizations, all animals developed NAb titers of 1/3200 or higher, regardless of the schedule applied (Figure 2). Statistical differences were documented among groups (Kruskal-Wallis, p<0.05). NAb titers were lower in group G2-2 (GM =1/5552) as compared with groups G2-3 (GM = 1/12800) and G3-3 (GM =1/8300) (Dunn test, p<0.05).  No significant differences were found between the groups immunized at two and three weeks (G2.2 vs. G3.2 (GM=1/11943) and G2.3 vs. G3.3). 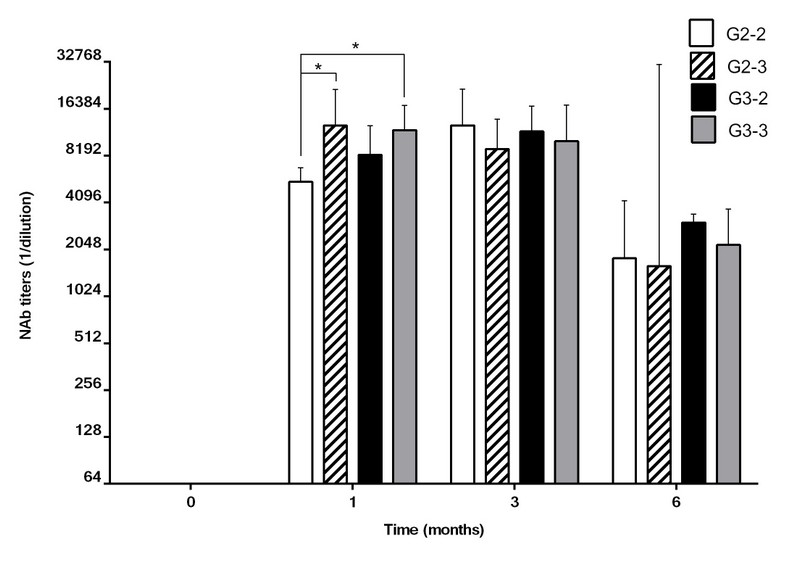