Once the transformation and subculture process was completed, about 20 shoots were obtained from the meristematic tissue, and they were kept in MS culture medium in Petri dishes following subculture to glass flasks with the same medium changes to fresh culture medium every two weeks. After two weeks of Agrobacterium infection of in vitro plants, luciferase activity was detected in the banana plants transformed, showing expression in all banana tissues (Fig. 2). and seven out of ten putative transgenic lines tested showed PCR amplification (Fig. 3). Both results confirmed the genetic transformation using in vitro banana plants.
The protocol developed will facilitate plants' genetic transformation of different banana and plantain cultivars and other plant species 13. It should also be emphasized that the methodology using Agrobacterium tumefaciens is one of the most used due to its simplicity in terms of techniques and can be used in different types of plant tissues such as those demonstrated in this research 14. 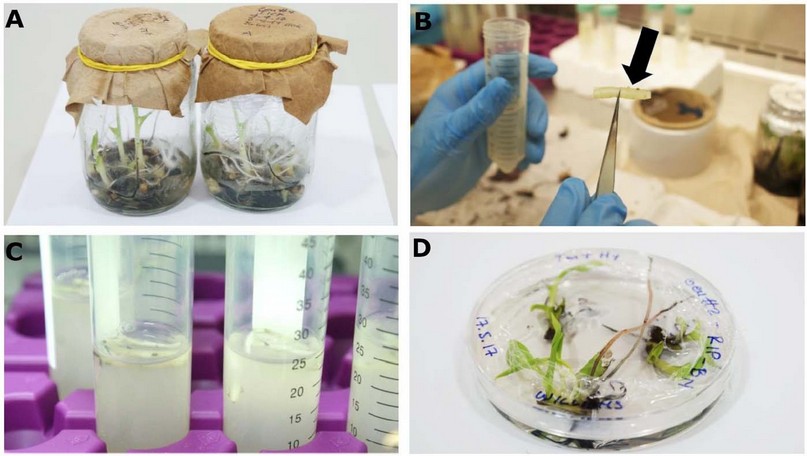 Figure. 1. A. In vitro banana plants from the 'Williams’ cultivar used for transformation. B. Excised bisected banana meristematic tissue region with approximately 2-cm in length (arrow). C. Co-culture process in MS medium supplemented with acetosyringone (200 μM) and Agrobacterium tumefaciens with and O.D.600nm of 0.8 units D. Putative transgenic in vitro plants two months after the meristematic-transformation process in culture medium BN 15.
Although the genetic transformation of embryogenic cell suspension in banana is preferred because transgenic chimeric plants are avoided; several studies developed transformation using meristematic or in vitro plants in Musa varieties (reviewed by López et al.16), indicating that this methodology is useful, which was confirmed in this study using luciferase reporter genes and PCR. 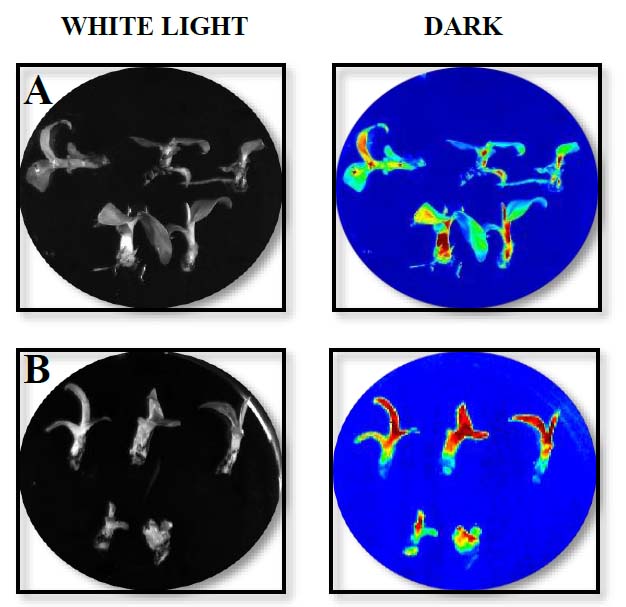