×
Go to content
Bionatura Conference Series Vol 2. No 1. 2019
“Breaking Paradigms: Towards a Multi-, Inter- and Transdisciplinary Science” In commemoration of the 250th Anniversary of Alexander von Humboldt
INVESTIGATION / RESEARCH
Previos / Index / Next 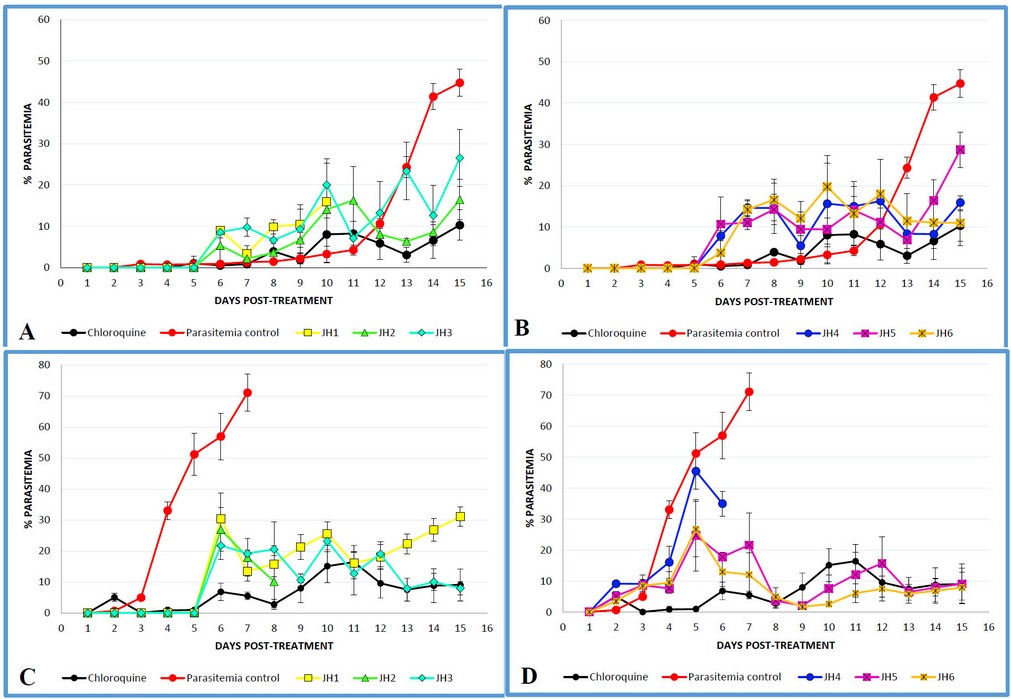 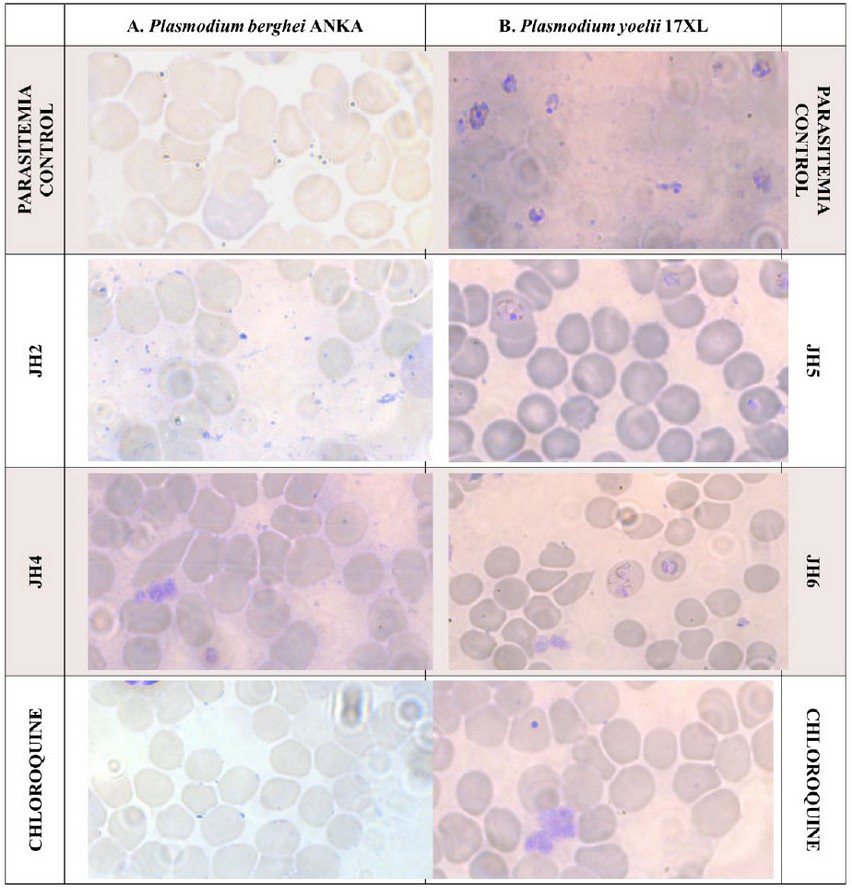 Figure 2. Blood  smear of BALB/c mice infected with P. berghei (Panel A) and P. yoelii (Panel B), treated with the JH2, JH4, JH5 y JH6 compounds respectively and Chloroquine as cure control. The orange circles show red blood cells with parasites in merozoite stage and the red circles point out red blood cells with parasites in the mature schizonte stage.
Figure 2 shows different pictures from infected blood smears with the Plasmodium parasite 10. Figure 2A corresponds to P. berghei, and the orange circles point out the parasite in merozoite stage (A.1, A.2, A.3 and A.4). Figure 2B shows the blood smear with P. yoelii infection, and the red circles indicate the red blood cells with parasites in mature schizonte stage. In consequence, the P. yoelii infection was not very well controlled with JH5 and JH6 compounds, because the parasites can develop mature schizont stage. In addition, the P. yoelii strain is more virulent that P. berghei as we mention above. In both strain CQ presented less infection and this demonstrated that it the best treatment to malaria infection.
CONCLUSION
Our results suggest that the six bis-THTT tested have different behavior depending on the strain of Plasmodium to which the treatment was applied. In this case, the treatment was more effective in mice infected with P. yoelii, equivalent to Plasmodium vivax species in Humans. As shown in Figure 1, JH2 and JH4 had anti-malarial effect for P. berghei, and compounds JH5 and JH6 also had anti-malarial effect for P. yoelii infections. These compounds controlled the infections, presenting 17% parasitaemia by day 14. Nevertheless, they did not exceed the Chloroquine efficiency, which showed 10% parasitaemia at day 14 post-treatment.
However, cytotoxic evaluation of tested compounds in the VERO cell line with a MTS colorimetric test of the company Promega and its evaluation of the humoral response in indirect ELISA assays with the hyperimmune sera of mice immunized with each of these compounds must be done in order to corroborate the reported results.
REFERENCES