The motivation behind this introduction is to feature the known and deep impact subjected to the Nipah Virus (NiV). Principally concentrating on preventive measures and the treatment of the Nipah Virus. NiV is an individual from the family Paramyxoviridae, class Henipavirus. NiV was at first recognized in 1999, amid a flare-up of Encephalitis and respiratory sickness among pig ranchers and individuals with close contact with pigs in Malaysia and Singapore. Nipah infection caused a generally gentle ailment in pigs, yet almost 300 human cases with more than 100 passings were accounted for in 1999. Not just in Malaysia its spread around the world. A case-controlled survey ponder is directed to decide word related hazard factors for disease. Contact with live pigs, earmarks of being the essential hazard factor for human Nipah infection disease. Coordinate contact with life, possibly contaminated pigs ought to be limited to forestall transmission of this conceivably lethal ZOONOSIS to people. Understanding the significance and in light of specific records, it is an endeavor to assemble it to diagram the qualities and to be worried about this issue. This essential survey is gone for giving a knowledge into this fatal flare-up and to bring it into concern.
Key Words:  Zoonosis, Transmission, Nipah Infection, Preventive Measures, Obscure Impact, Treatment and Review.
INTRODUCTION

Nipah infection is another paramyxovirus known to contaminate pigs, canines, people, and, perhaps, bats. By 27 April 1999, the Malaysian Ministry of Health had reports of 257 febrile encephalitis cases, including 100 passing’s. The lion's share of cases had lab proof of Nipah infection contamination and most happened in the territory of Negeri Sembilan. Pigs were involved as the essential wellspring of human contamination. Most cases had guide presentation to pigs, and viral separates got from pigs and people had the same nucleotide sequences. 1 It is an outstanding issue worldwide and has influenced India too. This case-controlled diagram examines composed to pick word related hazard factors for infirmity which is caused by the Nipah Virus. Contact with live pigs are stores of being the most significant risk factor for human Nipah pollution ailment. Encourage contact with life, conceivably sullied pigs ought to be compelled to block transmission of this perhaps savage ZOONOSIS to people. Understanding the vitality and in light of specific records, it is an endeavor to gather it to outline the qualities and to be worried over this issue. Malady with Nipah contamination is connected with encephalitis (irritation of the cerebrum). After the introduction and an incubating time of 5 to 14 days, illness presents with 3-14 long stretches of fever and cerebral agony, trailed by sluggishness, bewilderment and mental confusion. These signs and signs can progress to daze like state inside 24-48 hours. A couple of patients have a respiratory infection amid the early bit of their defilements, and half of the patients giving extraordinary neurological proposals gave pneumonic insights furthermore. During the Nipah disease affliction scene in 1998-99, 265 patients were sullied with the contamination. Around 40% of those patients who entered recuperating focuses on certifiable uneasy illness passed on from the ailment. Whole deal sequelae following Nipah disease defilement have been noted, including tireless fits and personality changes. Inactive maladies with coming about reactivation of Nipah disease and death have similarly been represented months and even quite a while after introduction. The ascent of NiV into the pig people and in this way into the human masses is acknowledged to be a result of changes in normal conditions. Urbanization, deforestation, and drought realizing an insufficiency of advantages for bat masses could have compelled bats to move from their essential living spaces to rural districts. Among the components that add to the ailment ascend in Malaysia is the establishment of pig develops inside the extent of the standard host that provoked the basic introduction into the pig people. The upkeep of high densities of pigs incited the brisk dispersal of the sullying inside close-by pig masses, and the vehicle of pigs to other geographic regions for business provoked the quick spread of infirmity in pigs in southern Malaysia and Singapore. This critical examination is a way to give data into this dangerous emit and to bring it into concern. The proximity of high thickness, opening up have people empowered transmission of the disease to human.

Figure 1. Nipah virus disease is an emerging infectious disease spread by secretions of infected bats. It can spread to humans through contaminated fruit, infected animals, or through close contact with infected humans. Nipah virus infection, newly emerging zoonotic infection with acute respiratory syndrome and severe encephalitis. (
IMPACT ON INDIA
The contamination and pollution, a creating peril, has killed in every way that matters the lion's share of its abused individuals so far in India. An unprecedented, personality was hurting disease that experts consider a possible torment threat has broken out in the region of Kerala, India, unexpectedly, defiling something like 18 people and killing 17 of them, as shown by the World Health Organization.2 There is no sensible preventive or treatment for Nipah, an as of late rising affliction spread by bats, pigs and people who have ended up being corrupted, according to the Centers for Disease Control and Prevention and the World Health Organization. WHO has been instructed about Nipah contamination cases being represented in a family from a town in Kozhikode territory of Kerala," he said. "Both the central and the state prosperity masters have been smart in responding to the condition and have immediately passed on gatherings and authorities to the town also to overview the situation. WHO is in close contact with the gatherings of pros passed on to the affected zones. We foresee the evaluation reports of the gatherings to explain the condition and guide advance action”. 3 The present scene is suspected of having been spread by polluted natural organic product bats. 4
Amid January and February of 2001, an episode of febrile ailment with adjusted sensorium was seen in Siliguri, West Bengal, India. Siliguri is a critical business focus with a populace of ≈500,000. It is close outskirts with China, Bangladesh, Nepal, and Sikkim. The flare-up happened among hospitalized patients, family contacts of the patients, and restorative staff of 4 doctor's facilities. Japanese encephalitis, which is endemic around there, was at first suspected. However, the age assembles influenced, and the epidemiologic highlights recommended another infection. Research facility examinations directed at the season of the flare-up neglected to distinguish an irresistible operator. Nipah infection (NiV), an as of late emanant, zoonotic paramyxovirus, was ensnared as the reason for an exceedingly deadly (case-casualty proportion 38%– 75%), febrile human encephalitis in Malaysia and Singapore in 1999 and Bangladesh amid the winters of 2001, 2003, and 2004. The regular repository of NiV is attempted to be fruit bats of the sort Pteropus. Proof of NiV disease was identified in these bats in Malaysia, Bangladesh, and Cambodia. In the Malaysian flare-up, NiV was brought into the pig populace, and the vast majority of the human cases came about because of introduction to sick pigs. In any case, a middle of the road creature has been not distinguished amid the Bangladesh episodes, which recommends that the infection was transmitted either individually or in a roundabout way from contaminated bats to people. Human-to-human transmission of NiV was additionally archived amid the episode in Faridpur, Bangladesh. Since the clinical indications of the cases in Siliguri were like those of NiV cases in Bangladesh, and because Siliguri is close influenced regions in Bangladesh, a review investigation of clinical examples was embraced to decide whether NiV was related with the Siliguri outbreak. 5 Not just in India yet additionally influenced in the neighboring nation too is influenced.
NiV has been set up as the reason for deadly, febrile encephalitis in human patients in Bangladesh amid the winters of 2001, 2003, and 2004. A NiV like the infection was recognized as the reason for the episodes in 2001 and 2003 based on serologic testing. Two flare-ups comprising of 48 instances of NiV were recognized in 2004 of every 2 adjacent areas (30 km separated) of focal Bangladesh (Rajbari and Faridpur) with a case-casualty rate of almost 75%. Due to high observation, other little groups and confined cases (n = 19) were recognized amid a similar period in seven different locales in focal and northwest Bangladesh. Even though antibodies to NV were recognized in organic product bats from the influenced regions in 2004, a halfway creature have been not distinguished, which recommends that the infection was transmitted from bats to people. Human-to-human transmission of NiV was additionally recorded amid the Faridpur episode. Which depicts the hereditary attributes of 4 NiV secludes from the episode in Bangladesh in 2004. 6 (table 1) 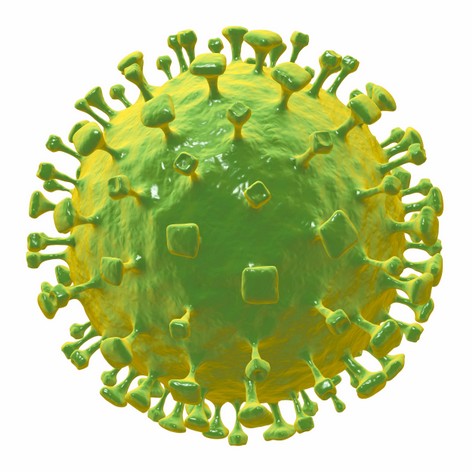