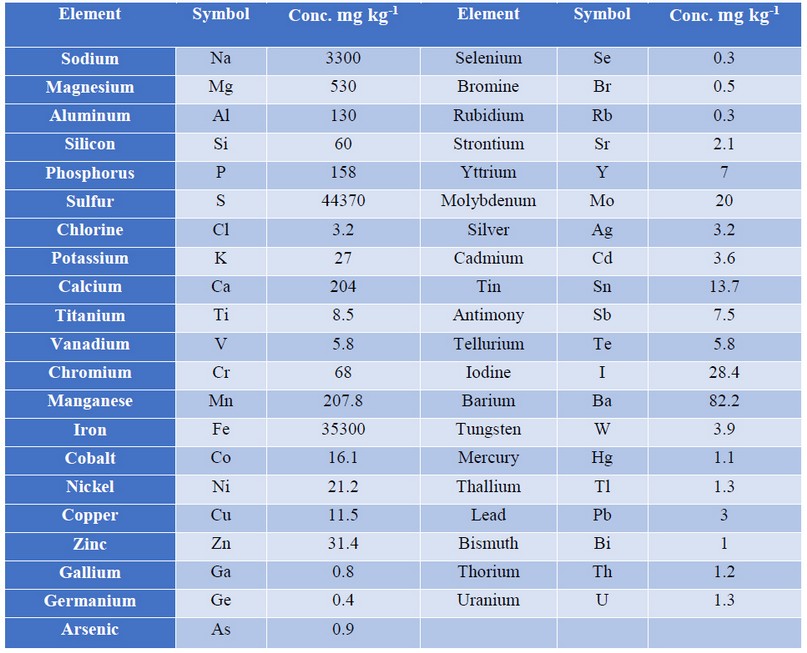 Table 2. Major elemental concentration in Khazra fertilizer analysis by X-ray fluorescence spectrometry
Data were subjected to analysis of variance using SAS and EXCEL software. The differences between the means were compared by the least significant difference test (LSD) (p ≤ 0.05).
RESULTS AND DISCUSSION
Khazra iron nano chelate fertilizer: Khazra iron nano chelate had the strong and stable complex with 3<pH<11 range and make 9 % of solved iron in water available for the plant. Zinc and manganese supplements had a specific role in this fertilizer 19. The results showed increases in micronutrient essentials elements such as Zinc, Iron, Manganese, Sodium, and Sulphur (table 2). Using khazra iron chelate enhances the process of photosynthesis as well as the speed of food preparation within plant leaves, and increases the number of sprouts and flowers, leading to the height of crop volume and speed of productivity in plants 20. The presence of sulfur in khazra complex is one of its many advantages over similar fertilizers, as sulfur partially acidifies the unsuitable and alkaline soil and increases the absorption rate of microelements such as Iron, Manganese and Zinc 21.
The results in table 3 show increasing significantly in the seed yield 1298.6 kg. ha-1 for rapeseed (Brassica napus var. oleifera) at a level of 10 kg. ha-1. While, rapeseed (Brassica napus L. var. pactol) not has, seed yield. The status of seed yield is the most important field scale. The high seed yield for winter rapeseed (Brassica napus var. oleifera) may be due to increasing the number of capsules in the plant, the number of seeds in capsules and response to khazra iron nano chelate fertilizer and adaptation for climatic conditions. Rezaeei et al. 22 according to results, using of khazra iron nano chelated fertilizer foliar application at 2.5 % increased grain yield for wheat in drylands. Nazaran et al. 23 in order to study the effect of khazra iron nano chelated fertilizer application on quantitative and quality of wheat an experiment was arranged and results showed that khazra iron nano chelated fertilizer foliar application at shooting stage let to 99% increasing of grain yield. The rapeseed (Brassica napus L. var. pactol) not have seed yield can be explained by non-response to khazra iron nano chelate fertilizer and non-adaptation to climatic conditions.
As shown in table 3, the results of an increase in nano-Fe concentration increased biological yield. The rapeseed (Brassica napus var. oleifera) has 7900 kg. ha-1 at level of 10 kg. ha-1. The rapeseed (Brassica napus L. var. pactol) had 4460 kg. ha-1 at the level of 10 kg. ha-1. In experiments conducted earlier, biological yield loss due to Fe deficiency has been reported Mahmoudi et al. 24 Ziaeian and Malakoti 25 compared the effect of Fe and manganese application in soil with the foliar application, and the combination of both, increased grain yield, biological yield, and protein content in wheat farms. The results are consistent with the findings of the research on the effect of micronutrient of iron on soybean seed 26.
Table 3 shows increasing significantly in the total dry biomass 7288 kg. ha-1 for rapeseed (Brassica napus var. oleifera), While the rapeseed (Brassica napus L. var. pactol) had total dry biomass 4260 kg. ha-1 at level of 10 kg. ha-1. This may be due to increased growth rates of cells in number and volume, which lead to increased carbonation and dry matter production 27. Dry matter in field crops is the result of the accumulation of net carbon representation during the growing season. Which is the result of the efficiency of vegetation in the interception of solar radiation as the dry weight of the plant generally increases slowly in the early stages of growth and continues to increase in the plant growing season and then decrease with time 28. That is similar find in report peyvendi et al. 29, the highest mean dry and fresh weight of stems; roots and leaves were obtained in the nano-iron chelated treatment.