Table 1. Chemicals and reagents
Maintenance of cell cultures
THP-1 and HBL-100 cells were kept in RPMI-1640 supplemented by (10%) of the fetal bovine serum (100µg/mL) of the streptomycin 100units/mL of the penicillin. The cells have been passaged using the Trypsin-EDTA that has been re-seeded at a confluence of 80% twice every week; then, it has been incubated afterward at a temperature of (37C°)17,18.
Cytotoxicity assays
To determine the cytotoxic effects of (Toxin), the assay of the MTT has been done using the (96-well) plates17, 18. The cell lines have been seeded at (1x104cells/well), (24 h.) later, or after achieving a confluent monolayer, the cells have been treated by the tested compounds at a variety of the concentrations. The viability of the cells was measured (72 h.) after the treatment with the removal of the medium, addition of (28.0µL of 2mg/mL) solution of the (MTT) and cell incubation for (2.5 h.) at a temperature of (37C°).
Following the removal of (MTT) solution, crystals that remain in wells have been solubilized by adding (130µL) of the (DMSO) then (37oC) incubation for (15min) with the shaking 19. Absorbency has been specified on the micro-plate reader at 492nm; the assay has been carried out in triplicates. The cell growth inhibition rate (i.e., the cytotoxicity percentage) has been computed based on the following formula20, 21:

(A) represents the control's optical density, and (B) illustrates the samples' optical density21,22.
To visualize the shape of the cell under an inverted microscope, cells were seeded in (24-well) micro-titration plates at (1x105) cells/mL density and incubated for (24 h.) at a temperature of (37C°). After that, the cells were exposed to (Toxin) at a concentration (IC50) for (24 hours). After the exposure, plates were stained with the crystal violet stain and then incubated at (37C°) for (10 –15 min) 22, 23. This stain has been gently washed off using the tap water to the point where the dye has been removed entirely. Cells have been examined using the inverted microscope at a magnification of (40x), and images have been taken using a digital camera attached to a microscope18.
Statistical analysis
The data that were obtained have been analyzed statically with the use of unpaired t-tests by Graph-Pad Prism 617. The values have been given in the mean ± SD of the triplicated measurements24.
RESULTS
Sample preparation and identification
The 30 (23.07%) blood samples were positively cultured using MacConky agar medium as shown in fig.1; isolates were further identified by biochemical tests (table 2). All the isolates were found in smooth form by biochemical tests. Oxidase, H2S, urease and indol were negative, citrate and catalase were positive, and all were found motile. All (30) isolates were found positive by biochemical tests, as shown in Figure 1 and Table 1. 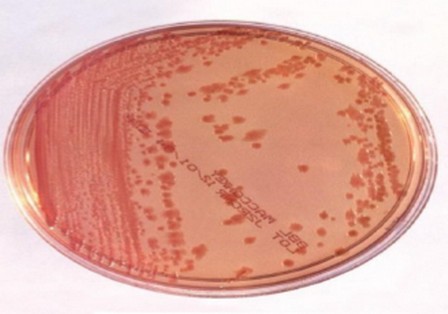 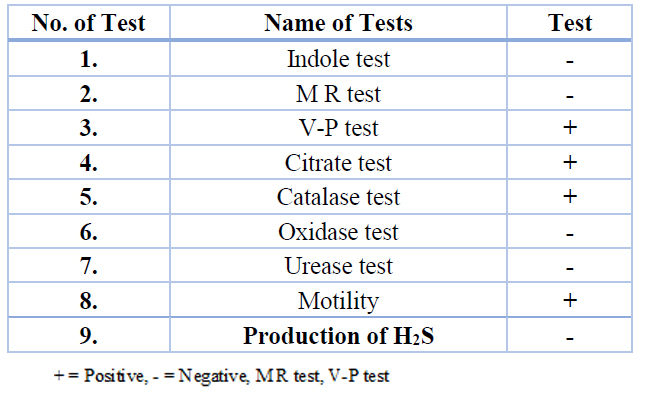 Table 2. Biochemical characters of Enterobacter cloacae isolates
Toxin extraction and protein electrophoresis for Enterobacter cloacae
The isolates were reconfirmed by molecular technique, including 16SS rRNA and TTSS from (11) bacterial samples of E. cloacae we screened for toxin after extraction it, so the result showed that 22 fractions (crude toxin, determination of protein concentration and partially purified toxin) as Figure 2, Figure 3, Fig.4 and Table 3. 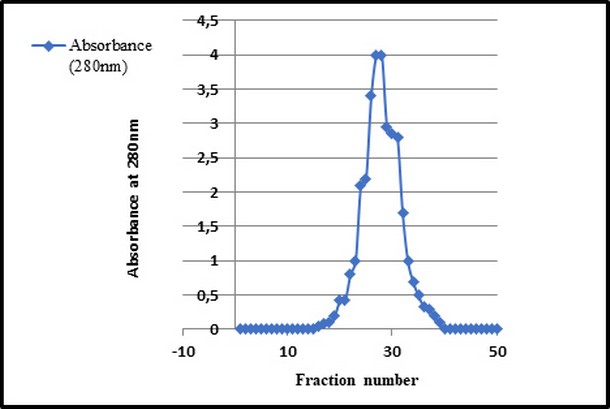 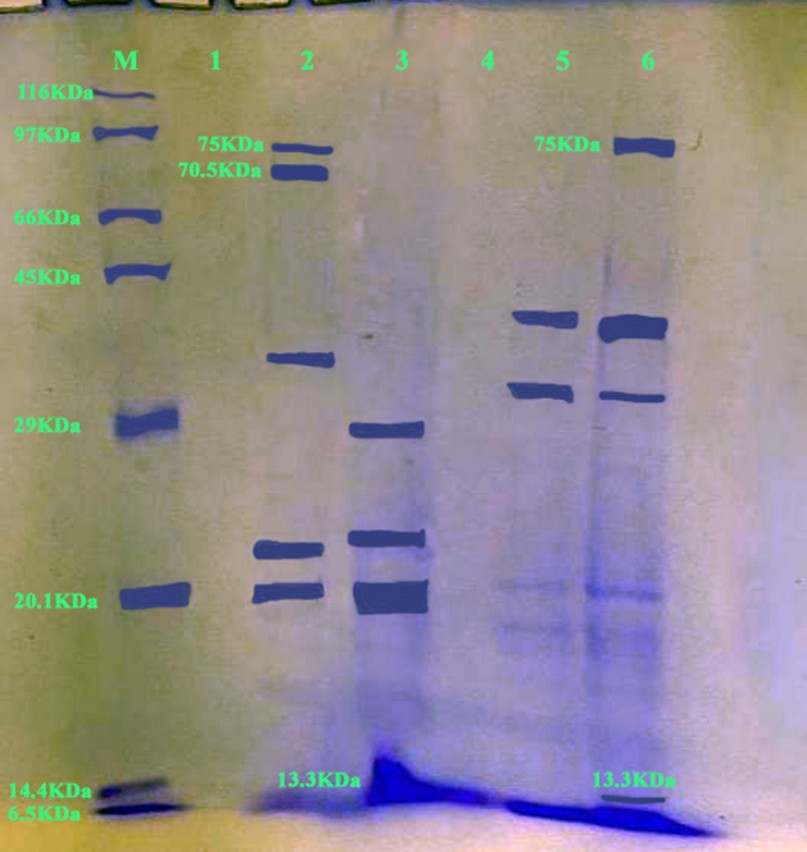 Table 3. Detection of types of toxins for E. cloacae depends on molecular weight using SDS PAGE.
Tissue culture for Enterobacter cloacae toxin
According to toxin extract from Enterobacter cloacae, our results revealed that (22) fraction/toxin were taken from (11) bacterial samples; these toxins were separated by gel electrophoresis for protein. (18) samples were the positive result for gel electrophoresis of protein according to molecular weight: (13.3 KD for α-hemolysin), (70.5 KD for thiol) and (75 KD for enterotoxin). The cytotoxic activity related to E. cloacae strains has been associated with the toxin of α-hemolysin toxin (13.3 kDa) around 6 (33.33%) toxin samples of the isolates26. After isolates of E. cloacae from the blood of leukemia patients and it is culturing on blood agar, it showed that E. cloacae produce α-hemolysin exerted an effect on blood agar through partial lysis regarding red blood cells the disruption of cell membrane for producing a brownish or greenish-grey discoloration around colony as Figure 5. 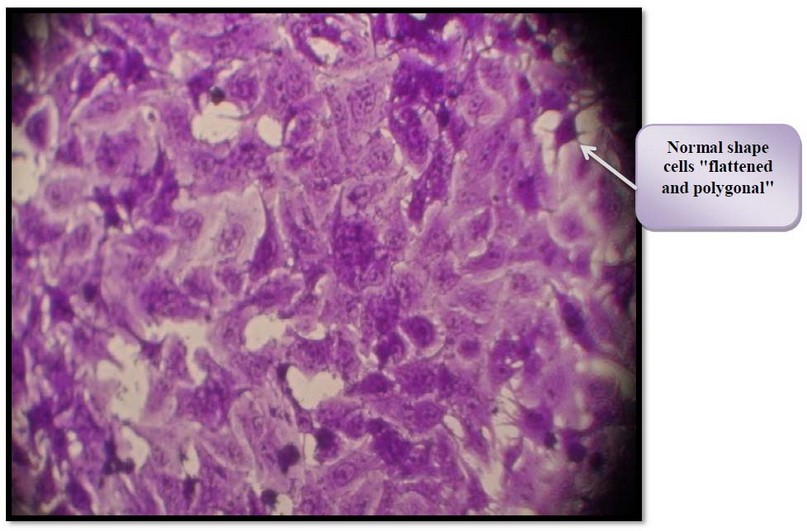 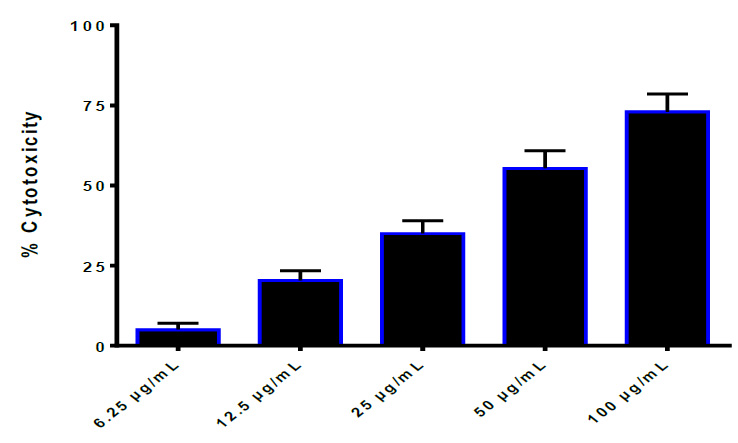 Figure 4. Growth inhibition of HBL-100 cell line effected by thiol. IC50=35.44 μg/ml
The cytotoxic effect of Enterobacter cloacae toxin against THP-1, and HBL-100 cells was studied, as shown in Figures 6 - 13. 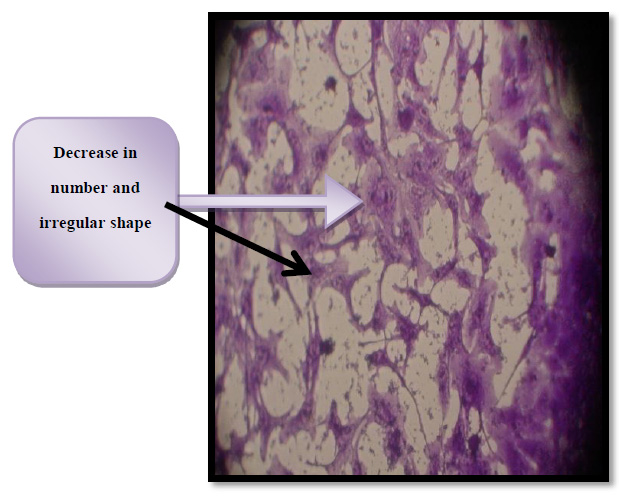 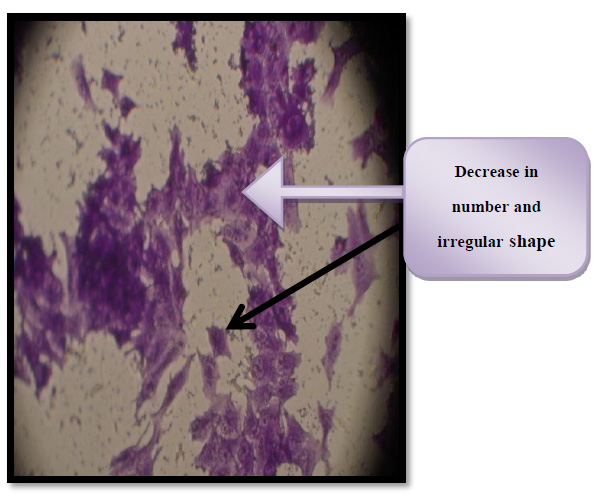 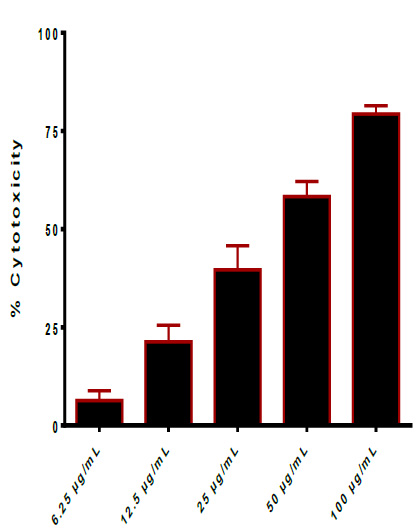 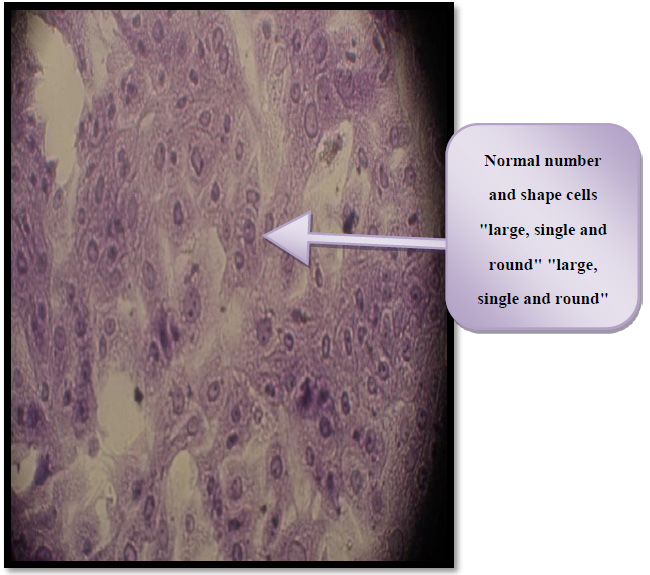 Figure 9. Control untreated THP-1 cells
The cells of both figure (8&9) observed under an inverted microscope at100× magnification. 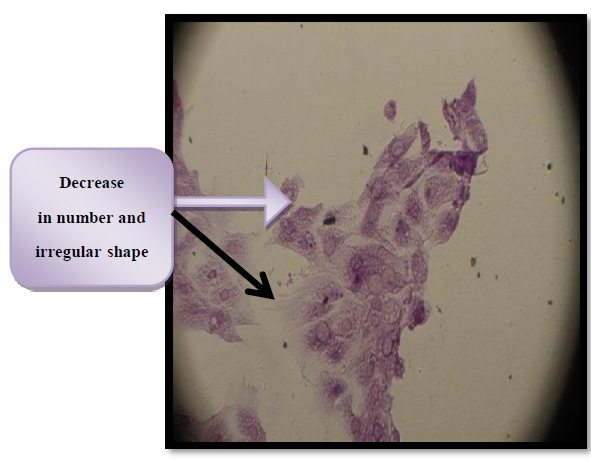 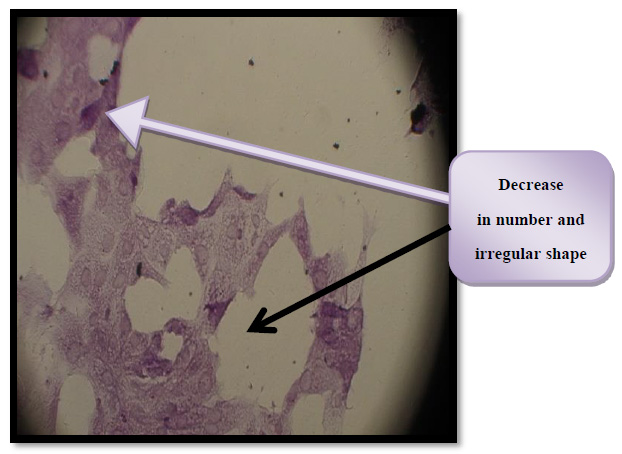