, Yussra Al-Shaker2, Rawaa   M Hamoshi3
1Department of Environmental Sciences, College of Environmental Sciences and Technology, Mosul University, Iraq E-mail:hadeelalsaigh2@gmail.com
2Department of Environmental Sciences, College of Environmental Sciences and Technology, Mosul University, Iraq E-mail: yusramajeed@uomosul.edu.iq
3Department of Environmental Sciences, College of Environmental Sciences and Technology, Mosul University, Iraq E-mail: rawaa9595@gmail.com
* Corresponding Author: Hadeelalsaigh2@gmail.com
Available from: http://dx.doi.org/10.21931/RB/2022.07.01.3
ABSTRACT
Abstract
The research assessed the quality of mineral water in some sulfur springs in the Nineveh governorate, which are located in the Hammam Al-Alil sub-district on the right bank of the Tigris River. For that, monthly samples were collected from each site (45) water samples at a rate of (9) samples every month from three springs (3 samples \ Appointed) for five months from November (2020) until March (2021).
The research aims to conduct a monthly study of water quality by conducting physical and chemical tests for the water of these springs, which included Temperature, Electrical Conductivity, Total Dissolved Solids, pH, Total Hardness, Total Alkalinity, Sulfate Ions, Phosphate Ions, Oils and Greases, as well as the tests. Biological measurement of the Total Count of bacteria.
Where the temperature values ​​ranged between (30.6-36.6) m, the Electrical Conductivity ranged between (2050.9-2688.4) μmoz/cm, while the values ​​of Total Dissolved Solids were between (1025.4-2761) mg/liter, and the pH was between (6.8-7.3), concerning Total Hardness, its concentrations ranged between (820-1120) mg/liter during the study period, and the results showed that the Total Alkalinity concentrations were between (552-912) mg/liter in terms of calcium carbonate CaCO3, while the Sulfate and Phosphate ions were Between (1485 - 1712.1) and (0.020-0.069) mg/liter, respectively during the study period, the results indicated that the concentrations of oils and grease were between (0.08-0.27) mg/liter and finally the Total Count of bacteria ranged during the study period between (1.5 - 28) 10x5 cells. Ml -1.
Keywords. sulfur spring, Hammam Al-Alil, water quality.
INTRODUCTION
The water of springs is similar in its origin and composition to groundwater, where different water sources pass through the soil pores that filter the contents of pollutants and biological and non-biological plankton and dissolve many salts and elements present during their passage through the soil layers, which gives it a high percentage of salts, so it is called mineral water with hot water due to its high temperatures1.
The water of the Springs flows from under the surface of the earth and is formed naturally in special water tanks and does not need to make changes or add chemicals, as the chemistry of mineral water and its size change from one place to another according to the conditions of its formation and the type of layers The formation in which this water is stored2.
The presence of layers of gypsum rocks and the crater's formation under the earth's surface provided a suitable environment for the formation of sulfur with the help of particular types of anaerobic bacteria. As a result of this process, H2S gas, which interacts with dissolved oxygen in the water, is released to form sulfuric acid H2SO4, thus forming sulfuric acid water 3.
Sulfur compounds are present in water either as sulfate (SO4-2) under aerobic conditions or hydrogen sulfide (H2S) under anaerobic conditions resulting from Desulfovibrio spp4. but the most common is the sulfate ion SO4-2 which is combined with the positive ions present in those waters and is widely present in most natural waters, and its concentrations range from a few milligrams to thousands per liter5.
MATERIALS AND METHODS
Study Area
The study area included several sulfur springs located in the Hammam Al-Alil area, which is about 30 km southeast of the city of Mosul, where they are located on the right bank of the Tigris River, as shown in Figure (1). Monthly samples were taken to study three sites, each Spring contains three sites, and this is shown in Table( 1), and a hot, dry climate characterizes the region in summer and cold and rainy in winter, according to the data of the weather station in the city of Mosul. 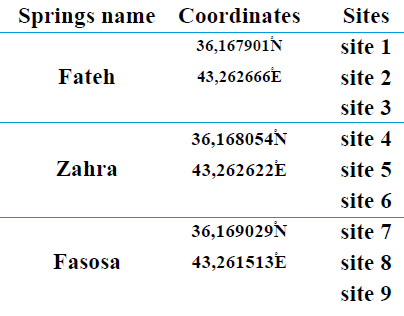 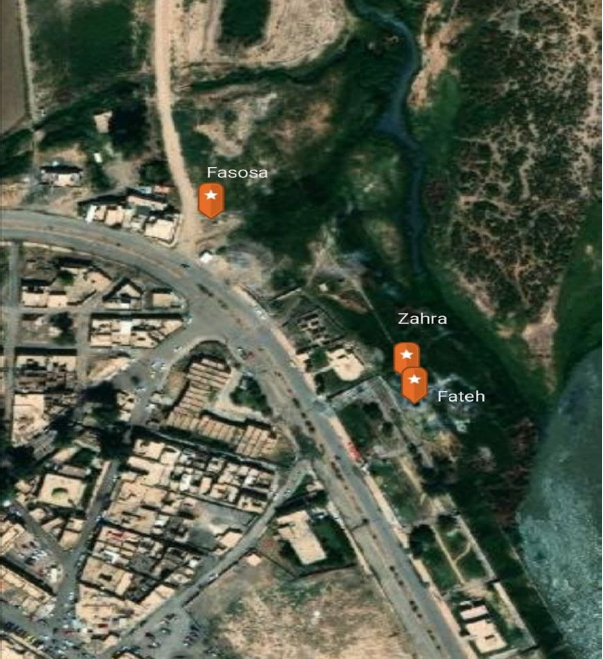 Figure 1. Shows the locations of the studied sulfur springs.
Sample Collection
45 water samples were collected at a rate of 9 samples every month from three springs in Hammam Al-Alil area; namely, Ain Al-Fateh, Ain Zahra, and the last, Ain Fasusa, during five months for the period from November 2020 to March 2021, using sterile polyethylene bottles, with a capacity of (250) ml for biological tests, and a capacity (2) liters for chemical and physical tests by immersing the bottle after homogenizing it several times gradually so that its direction is facing the flow of water, where the sample was taken. Its oil was re-sealed tightly inside the water and closed with aluminum foil tightly closed and was kept in an iced cork box until it was transferred to the laboratory for physical and chemical tests. Its biological.
Types of Tests
A- Physical Tests
It includes the measurement of temperature using an alcohol thermometer, measured in degrees, the measurement of total dissolved solids using a T.D.S meter, expressed in mg/L, and the electrical conductivity measurement using an E.C meter in μmoz/cm
B- Chemical Tests
It includes measurement of the acidity function pH using a P.H. meter, total hardness by method with Na2EDTA and measured in mg/l unit, total alkalinity in terms of CaCO3 by the guide method and its unit mg/l, and determination of sulfate and phosphate represented by the unit mg/l by the spectroscopic method using Spectrophotometer, and finally, measuring oils and greases, and expressing the concentration in mg/l 6.
C- Biological Tests
Bacteriological examinations were represented by the total number of bacteria, Total Plate Count (TPC) by dilutions to 10-5 dilutions and expressed in the cell. ml-1
RESULTS AND DISCUSSION
The properties of spring water depend on the chemical and physical properties and geochemical processes, which in turn depend on the physical and chemical properties of rocks and the chemical components of water and the velocity of water and human activities7.
Physical Tests
A-Temperature
Through the results shown in Table (2) and Figure (2), the average temperatures of sulfur springs water during the study period ranged between (30.6-36.6) C, where the highest value was in site (2) and the lowest value in site (4). The high temperature of this water is attributed to the heat-emitting chemical reactions that accompany the dissolution and decomposition of the mineral materials that make up gypsum and dolomite rocks when water passes through them 8 .

Figure  2. Shows the average temperature of the studied spring water.
B- Electric Conductivity
Figure (3) and Table (2) show the rates of electrical conductivity values during the study period, which ranged between (2050.9-2688.4) μmoz/cm, as it reached the highest value in the site (8) and the lowest value in the site (2) The reason for this is due to the geological and environmental formations of the studied areas 9 . 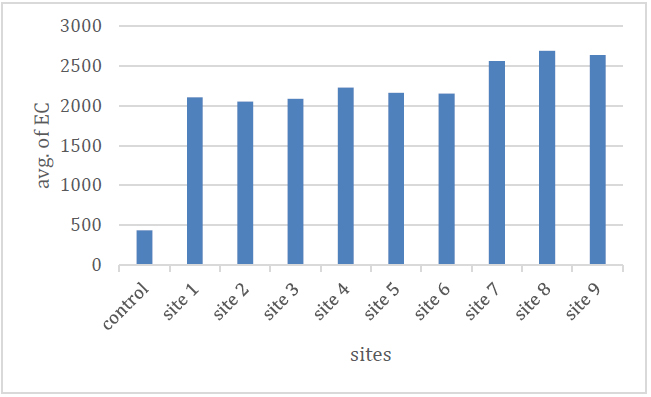 Figure 3 Shows the E.C. rate of the studied spring water.
C- Total Dissolved Solid
It was found that the average values of T.D.S. ranged between (1025.4-2761) mg / l, where it was the lowest value in site (2) and the highest value in site (8), and the reason is due to the difference in the geological formations of the layers through which the water passes. With anhydrite and gypsum salts, it is characterized by high salt values 10  Table No. (2) and Figure (4) show the average values. 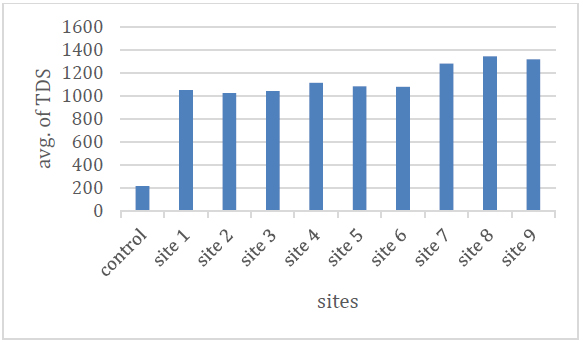 Figure 4. Shows the T.D.S. rate of the studied spring water.
Chemical Tests
A- pH
From Table (2) and Figure (5)  the rates were between (6.8-7.3), as the highest value of the acidity function appeared in the two sites (6,4) and the lowest value was in the (9) site, which is low in fluctuation and the reason is due to the ability of an equation acidity of water and soils rich in carbonate and bicarbonate salts 11 As for the relative decrease of some values, it is due to the processes of biological decomposition and oxidation of organic materials in the event that oxygen concentrations drop to critical levels, which leads to the formation of many acidic and carboxylic compounds12 . 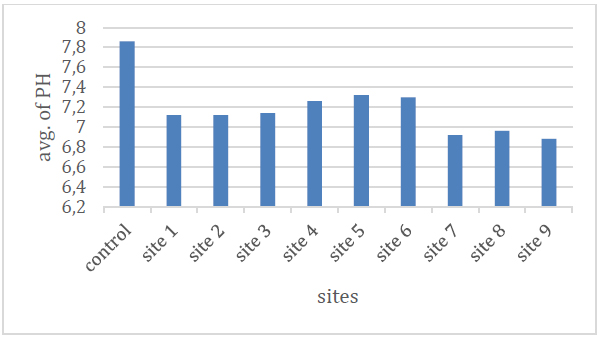 Figure 5 .Shows the pH rate of the studied spring water.
B- Total Alkalinity
The alkalinity is the amount of negative ions present in water and the resistance to hydrogen ions, and thus it is a measure of the water's susceptibility to the acidic equation 13 bicarbonate because the pH values ​​do not exceed 8.3 14 The highest value was in site (9) and the lowest in site (4), where the rates were between (552-912) mg / l as shown in Table No. (2) and Figure No. (6). 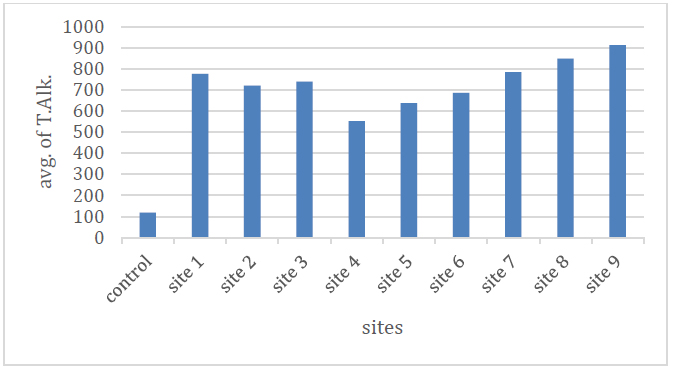 Figure 6. Shows the total alkalinity rate as (CaCO3) of the studied spring water.
C- Total Hardness
Through the results, it is clear that the average values ​​of the total hardness ranged between (820-1120) mg / l during the study period, as it reached its lowest value in site No. (1) and its highest value in site (9), due to the reason for the presence of total hardness in water to positive ions, especially calcium and magnesium ions 15 As the presence of calcium and magnesium ions depends on the geological nature of the land in which or through which water flows 16 Table (2) and Figure (7) show the average values. 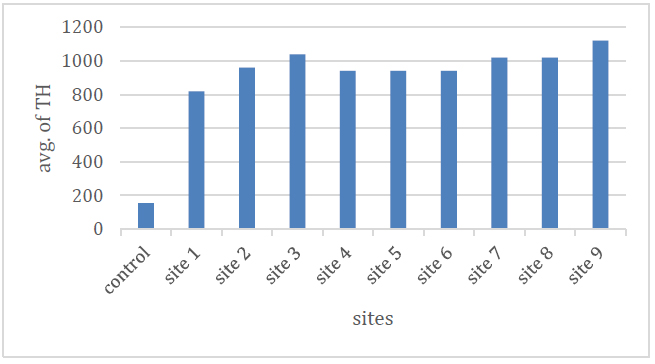 Figure 7.Shows the total hardness of the studied spring water.
D- Sulfate Ion SO4-2 Ions
The rates of sulfate ion concentrations during the study period ranged between (1485 - 1712.1) mg/l, where the highest value was in site (1) and the lowest value in site (8), as shown in Table (2) and Figure (8), and the reason for the presence of concentrations The sulfate ion indicates the nature of the geological rocks that make up the hole through which the water passes, as the decomposition of gypsum rocks and weathering processes are the main cause of the increase in sulfate concentrations in the study area 17in addition to the exposure of some sulfur minerals to oxidative conditions in the presence of water. And with Thiobacillus ferrooxidans, it leads to the release of ions of some chemical elements and the formation of sulfuric acid in sulfurous waters 18 . 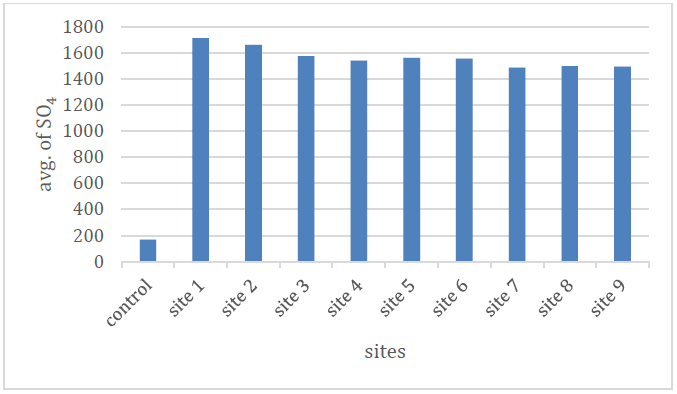 Figure 8 Shows the sulfate ion rate of the studied spring water.
E- Phosphate Ion PO4-3 Ions
The results of the current study showed that the rate of phosphate concentrations ranged between (0.02-0.069) mg / l, where the highest value was at the site (9) and the lowest value at the site (6). Its adsorption by some clay minerals and organic compounds, which reduces its transmission to the aquatic environment 19 as shown in Table No. (2) and Figure No. (9) 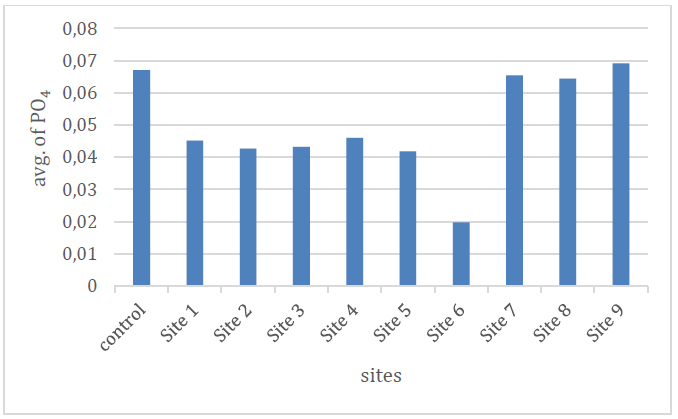 Figure 9. Shows the phosphate ion rate of the studied spring water
F- Grease & Oil
The results of the current study showed that the average concentration of oils and greases in the studied areas ranged between (0.15-0.17) mg / l, with the highest concentration in the sites (5,3,1) and the lowest concentration in the sites (7,6,4), and as It is shown in Figure  (10) and Table  (2), that the presence of oils and grease in the water indicates that this water comes from layers containing oil, as evidenced by the presence of bitumen because the bitumen is one of the oil derivatives 20. 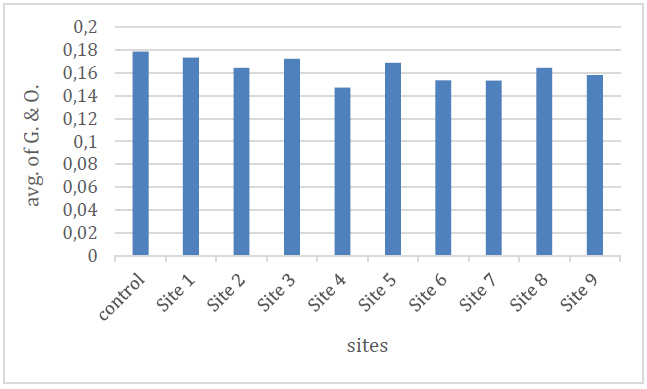 Figure 10. Shows the ratio of oils and greases to the studied spring water
Biological Tests
A- The Total Bacteria Count (Total Plate Count)
The tests of the total number of bacteria are among the important indicators, which include the total of aerobic, facultative and non-autotrophic bacteria. These numbers are usually approximate, but most of them are due to the inability to provide a suitable nutrient medium for all species and the difficulty of providing appropriate conditions for their growth. One of the advantages of this group is that it can be detected easily21 and the results during the study period indicated that the numbers ranged between (0-68) x 105 cells. ml-1, as shown in Table No. (3) and Figure No. (11) shows the average number that was between (1.5-28) x 105 cells. ml-1. 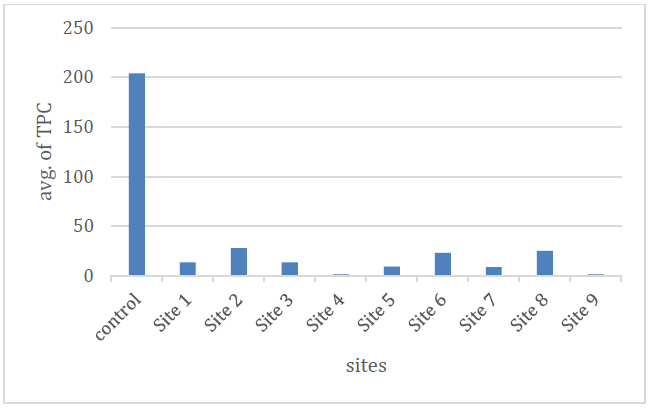 Table 2. The chemical and physical examinations rate for the study sites.