Table 1. Soil properties of the area under study.
RESULTS AND DISCUSSION
Table 2 showed significant increase of N content in the seeds, which were 31.6 - 33.7 mg kg-1, and decrease in P content which were 7.5 - 6.1mg kg-1atlevel (10 kg. ha-1) Nano-Fe fertilization, compared to no-fertilization. For level (5 kg. ha-1) Nano-Fe fertilization, shows significant increase in the Ca and Mg content in the seeds which were 7.3 - 8.1 mg kg-1, 3.2- 3.5mg kg-1respectively, and the decrease in Fe content which were 94.1- 85.2mg kg-1 content, compared to no-fertilization. Increased nutrient content in seeds can be explained, because of addition Foliar Fe fertilization (Nano-Fe) and ground fertilizers (N, P). Iron is a critical element in cell metabolism, and it is contributory in photosynthesis, respiration, enzymes activity, chlorophyll production. 15 Nitrogen is an essential nutrient for the synthesis of fat, which requires both N and carbon during seed development 14. On the other hand, nitrogen plays the most critical role in building the protein structure 6. P is an integral component of several essential compounds in plant cells, including the sugar-phosphates contributory in respiration, photosynthesis and the phospholipids of plant membranes, the nucleotides used in plant energy metabolism and in molecules of DNA and RNA 23. Calcium (Ca) is essential in cell nucleus matrix. It activates enzymes, particularly those that are membrane-bound. It is thought that Ca is vital in the formation of cell membranes and lipid structures 18. 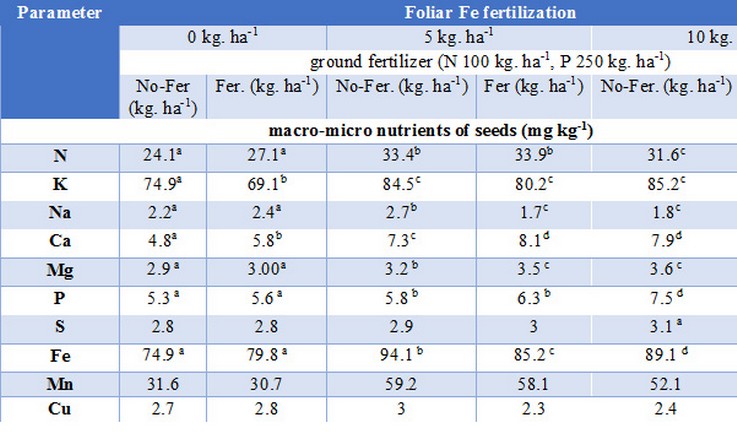 Values marked with the same letter no significant difference at p ≤ 0.05 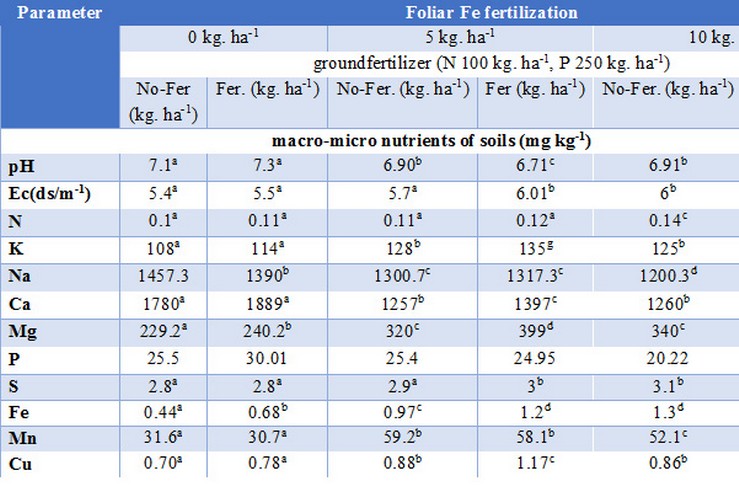 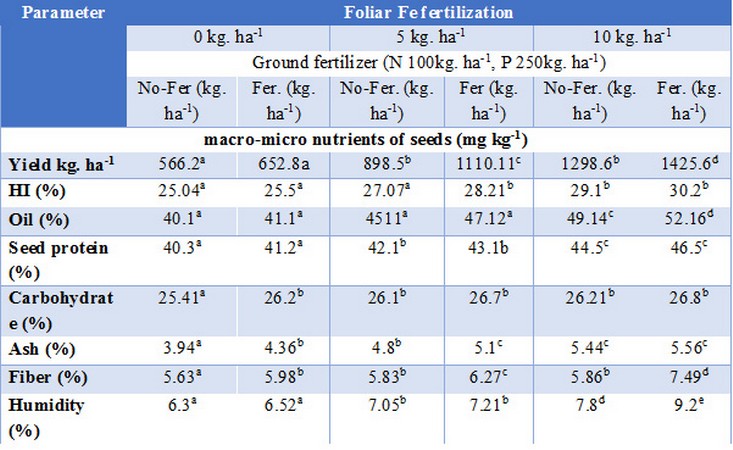