Table 1. Independent factors and their levels were used in the FFD experiment.
CLEAs-CCA activity determination
The CLEAs-CCA activity was determined using a micro-scale procedure according to Fernandez-Arrojo et al.21 with minor modifications. Twenty milligrams of CLEAs-CCA were added to a microtube containing 60 µL of CPC solution with a concentration of 20 µgmL-1 in a working buffer (0.1 M phosphate buffer pH 8.5). The mixture was incubated in an incubator shaker at 37oC for 5 minutes. After the reaction was completed, 20 μL of the reactant was taken and mixed with 280 µL of stop solution (the solution consists of 0.5% p-DAB in absolute methanol: 0.05 M NaOH: 20% acetate acid glacial with ratio 1:2:4). The solution was left for 10 minutes at room temperature to develop color, and then the absorbance was measured at 415 nm.

Screening of factors
In the first step, factors affecting CLEAs-CCA immobilization were screened using the FFD experimental design. The factor screening plays an important role when many potential factors influence the response while the resource availability is limited.22 FFD screened out the influencing factors based on their main effects and excluded their interaction.23 By preliminary literature review, six independent factors and their levels were selected, and the screening experiment design is presented in Table 1. The FFD experiments consist of 22 runs (16 runs of two-level fractional factorial (2n-2) and 6 center point runs). The experimental design and the results are shown in Table 2. 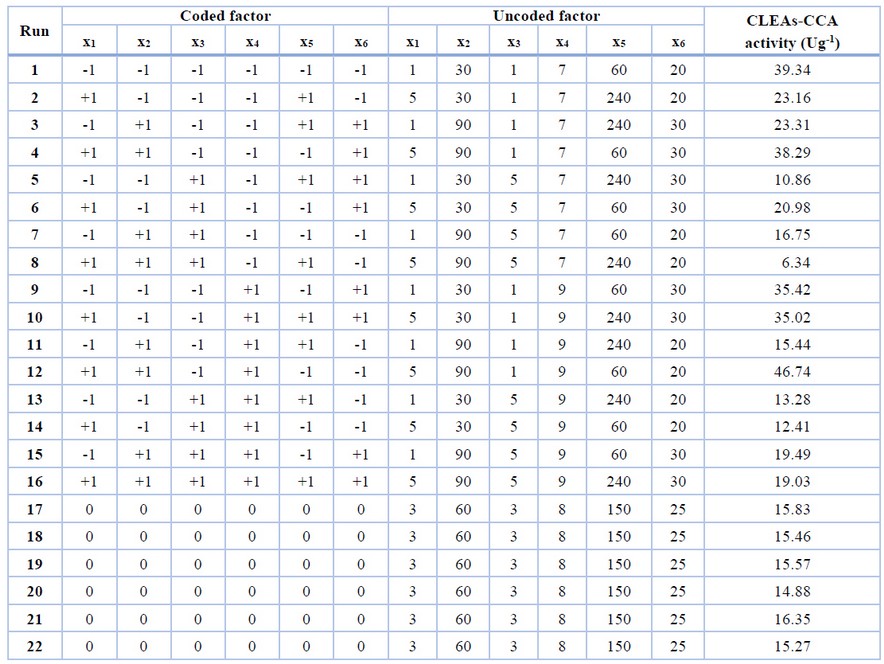 Table 2. Experimental FFD for factor screening and the result of CLEAs-CCA activity.
Steepest ascent method
The level of significant factors obtained from the FFD experiment was initially optimized using the steepest ascent method to determine the center point of each factor. Sequential experiments were carried out by applying various influencing factors along the direction of the maximum increase in the response as a rapid and efficient method for approaching the optimum neighborhood.24 Two points flanking the maximum response point of each factor are selected for the next optimization step.
2.2.8. Optimization immobilization conditions
The CCD with RSM was employed to optimize the two independent significant factors (glutaraldehyde concentration and crosslinking time). The other factors which have an insignificant effect were kept constant at the minimum level. The CCD and the result of the experiments are presented in Table 3.

Table 3. CCD and experimental optimization result of CCA immobilization.
The effect of significant factors was modeled with a second-order polynomial equation as given by equation (2).

where Y represents the response predicted value, b0 is a constant, bi is the linear coefficient, bij is the interaction coefficient, bii and bjj is the quadratic coefficient, and xixi, xjxj are the coded level of the factors. Validation of optimum conditions obtained by the model was carried out by experiment with three replications. The relative error between predicted and experimental values was calculated by equation (3):

Statistical analysis
The effect of significant factors on CLEAs-CCA activity was analyzed using ANOVA and measured its relative significance based on an F-test with a confidence level of 95% (p-value < 0.050 is significant). The statistical analysis was carried out using Design-Expert version 12.0.11.0 software.
The immobilization yield and activity yield of CLEAs-CCA was determined according to equations (4) and (5):25

Characterization of CLEAs-CCA
·           pH stability
The pH stability assay was conducted by incubating CLEAs-CCA and free CCA at 4oC for 30 minutes in phosphate buffer solution (pH 7.5 and 6.5) and acetate buffer solution (pH 5.5 and 4.5). The pH of buffer solutions was adjusted to the desired value by adding HCl 1 N or NaOH 1 N. After the incubation, the sample was washed three times with a working buffer and measured the activity. The residual activity was expressed as a percentage of its maximum activity (equation 6).

·           Thermal stability
The thermal stability was evaluated by incubating CLEAs-CCA and free CCA at a temperature range of 35 - 65°C for 30 minutes. After incubation, the samples were cooled at 4oC, and the residual activities were determined.
RESULTS
Screening of the influencing factors
The result of the screening experiment using FFD is shown in Table 2. The ANOVA of the first-order model and regression analysis of the variables (Table 4) revealed that the model and the two factors (i.e., glutaraldehyde concentration and crosslinking time) have a significant effect (p-value < 0.050) on CLEAs-CCA activity. Other factors, namely, chitosan concentration, co-aggregation time, suspension pH, and crosslinking temperature, did not significantly affect the experimental range applied.

Table 4. ANOVA of the FFD screening experiments.
The linear model based on the significant factors was given in equation (7):

The model showed that glutaraldehyde concentration (x3) and crosslinking time (x5) have a negative value, which means both factors affect CLEAs-CCA activity inversely. Lower glutaraldehyde concentration and shorter crosslinking time would increase CLEAs-CCA activity. In addition, the FFD result showed a considerable variation in CLEAs activity, indicating that optimization of the significant factors would result in higher CLEAs-CCA activity.
Level determination of the significant factors for optimization
The two significant factors obtained from the FFD were applied simultaneously in the steepest ascent to determine their level used in optimization. Because the screening experiment still uses a wide range of factor levels, the significant factor level is still far from its optimum point. When predicted using response surface methodology, they need to be redefined to obtain an accurate optimum point. The movement direction of the factors towards the area where the response increases rapidly can be assisted using the steepest ascent experiment. The experiment results showed that the maximum value of CLEAs-CCA activity was approximated to be in the range of the glutaraldehyde concentration 0.04-0.32% (v/v) and the crosslinking time 118-120 minutes (Fig.1). The insignificant factors, namely chitosan concentration, co-aggregation time, pH suspension, and crosslinking temperature, were kept constant at a minimum level (i.e., 1 mgmL-1, 30 minutes, 7, and 20oC, respectively) during optimization. 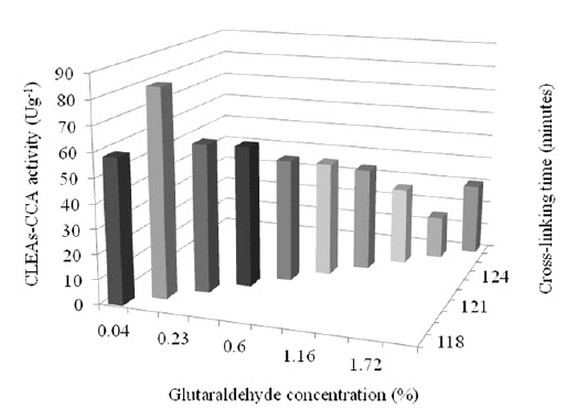 Figure 1. The steepest ascent experiment to determine the new level of significant factors is used in optimization.
Optimization of the immobilization conditions
The result of the CCD experiments is shown in Table 3. The ANOVA of the quadratic model (Table 5) demonstrated that the model was highly significant with a good coefficient determination, R2 (0.986). It showed that the model fit with experimental data. The p-value of lack of fit, the variation of the model due to the model inadequacy, is 0.055, which implies that the lack of fit is insignificant. The value of ‘Adequate Precision’ 27.097 indicates an adequate signal. A value of ‘Adequate Precision’> 4 is desirable.

A quadratic model equation fitted to the experimental data, given as coded factors, was shown in equation (8):

The 3D surface plot of the quadratic model helps to investigate the desired response value and find the optimal operating conditions (Fig. 2). The peak of the curve is the maximum response obtained from the effect of significant factors and their interactions under optimal conditions. According to the quadratic model, the optimum condition for CLEAs-CCA immobilization was x3 = 0.18 and x5 = -0.09, or in actual value, glutaraldehyde concentration was 0.20 % (v/v) and crosslinking time was 119 minutes, with maximum predicted CLEA activity was 86.02 Ug-1. 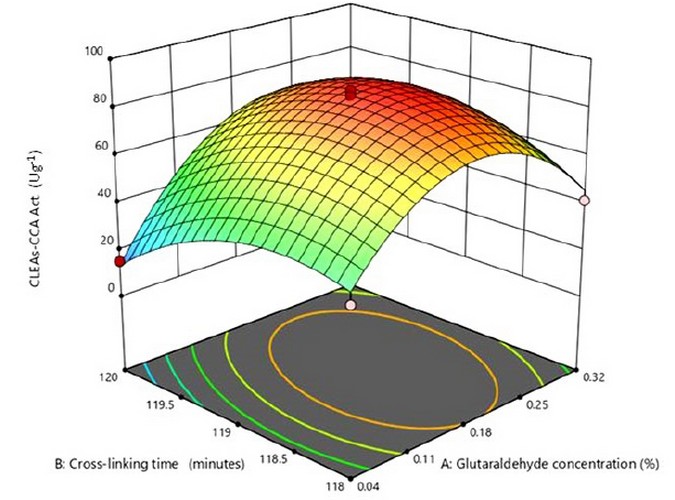 Figure 2. The 3D surface plot of the quadratic model.
Validation of the model
A three-replicate experiment validated the prediction of CLEAs-CCA activity obtained under optimum conditions. As shown in Table 6, the experimental data were in good agreement with the predicted value in CLEAs-CCA activity. The relative error between predicted and experimental values fell at 0.13%. It means that the results are within the confidence interval of 95%, confirming that the model is valid.