Table 1. Sequence of ABCG2, miRNA-152, ER-α  primers, GC% and length
The PCR reaction consisted of 35 cycles following three essential steps: initial denaturation (5 min at 94◦C ), DNA denaturation  (1 min at 94 ◦C ),  primer annealing ABCG2  (45 sec at gradient  53.5 -58.5 ◦C ), primer annealing ER-α (45 sec at gradient 52-58 ◦C),  primer annealing miRNA -152 (15 sec at 65 ◦C ), and primer extension  (1 min at 72 ◦C ). There was a Final extension cycle for 7 min at 72 ◦C. The size of the amplified PCR product was subjected to electrophoresis in 1.2 % agarose gel,1X TBE buffer with ethidium bromide 2%, at 80 V for 60 min. The bands were visualized under ultraviolet trans-illumination and photographed in Gel-Doc equipment. The PCR product with a clear band was later used as a template in the PCR - RAPD - PCR Technique.
Purify PCR Product by gel extraction
PCR products were obtained after a conventional PCR run; PCR products were extracted from an agarose gel after gel electrophoresis for breast cancer-related genes using the E.Z.N.A.® Gel Extraction kit protocol (OMEGA BIO-TEK, USA).
Column Purification
PCR product (specific gene) was isolated from the DNA gel extraction, the amount of isolated DNA PCR product (specific gene) was varied from 523.92-887.12 ng/µl and absorbance ratio of A260/280 was obtained in the range of 1.71-1.98.
PCR- RAPD- PCR Technique
The isolated PCR product from all women BC Patient and normal DNA; the same best 40 PCR product (20 patient and 20 control) of ABCG2, ER-α, miRNA-152 genes were chosen for PCR RAPD PCR. The RAPD primer sequencing in the PCR-RAPD-PCR is shown in (Table 2).

Table 2. Sequence of RAPD primers, GC% and length
The reaction mixture (20 µL) consisted of template PCR product 2.5 µl, 2.5 µL (OPAA11, OPU15, OPAA17, OPD18) RAPD primer, 7.5µl Nuclease free water, and 7.5 µl GO Taq ®G2 Green master mix. The mixture was incubated in the TECHNE prime thermal cycler (with heating lid) programmed for (35-40) cycles, each one consisting of as following: a denaturation step (1 min at 94 ◦C), one annealing step (30 sec at gradient 36-39 ◦C) and an extension step (1 min at 72 ◦C). After the cycling, a final extension for 1.30 min at 72 ◦C was followed by slow cooling to 10 ◦C. Four RAPD primers: (OPAA11, OPU15, OPAA17, OPD18) were used in the amplifications. The primers were obtained from the AUGCT DNA SYN Biotechnology /China company.
Electrophoretic analysis
The reaction products were separated by electrophoresis on an agarose gel (2 %) containing ethidium bromide (2%) were prepared in 1 X TBE buffer. The DNA ladder size marker used in this study contained many discrete bands (in base pair ) 1500, 1000, 900, 800, 700, 600, 500, 400, 300, 200,100,75,50 and 25 bp from the nearest distance to the well to the far one from the well respected. This ladder was used as a molecular size indicator in the experiments of this study. The DNA fragments obtained were visualized under ultraviolet light. The molecular sizes of DNA bands were estimated according to the standard curve representing the relationship between molecular band size of the ladder measured by base pairs and distance of migration bands 31.
Statistical analysis
The relationship between the polymorphic, monomorphic, unique band and RAPD primer of the breast cancer patient and control was assessed using the X2  test; P < 0.05 was considered statistically significant.
RESULTS
PCR-RAPD-PCR
We determined three genes related to breast cancer ( BC), the ABCG2 associated with drug resistance. The ER-α and miRNA -152 genes are associated with receptor estrogen response and regulatory gene. We performed a conventional PCR assay and yielded a single band at approximately 300 bp, 500 bp, 180 bp, respectively. The genetic polymorphism of included genes was done by four RAPD primers (OPAA11, OPU15, OPAA17, and OPD18). We were using amplified BC genes as the template in the PCR-RAPD-PCR technique (PRP). The results of PRP showed that RAPD primers were able to generate polymorphic, monomorphic, unique bands with different ratios between BC patients and control, as shown in figure (1). 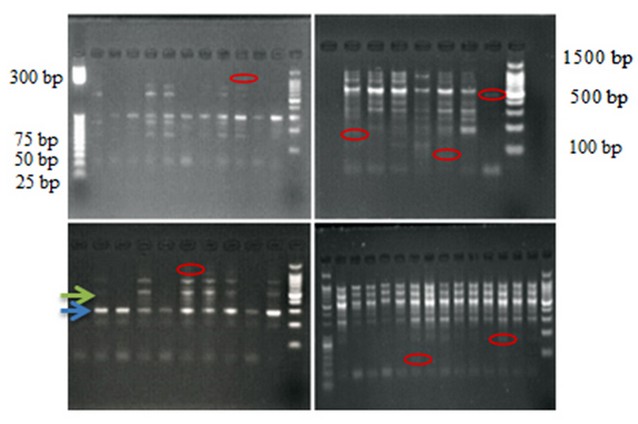 Figure 2. RAPD primer efficiency and discriminatory power in breast cancer-related genes in BC patients and control
Detection genetic polymorphism of breast cancer-related genes
The overall number of bands in the BC patients were (214, 149, 298) band for ABCG2, mi-RNA, ER-α  genes respectively, with the total number of bands (661) while the total bands of the control were (162, 93, 128); with  Overall total number of  (383 ) band, as shown in figure (2,3). 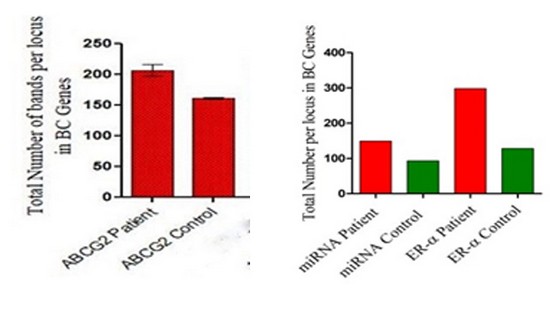 Figure 3. ABCG2, miRNA 152, ER-α genes with the total bands per locus in the BC patients and control.

Figure 5. The ability of RAPD primers to generate polymorphic, monomorphic and unique bands

Table 3.  Band percentages of patients and control of different markers of ABCG2 gene

Table 4. Percent of polymorphic bands of different markers of the gene ABCG2 in patients and control groups.

While significant differences (P<0.05) appeared between patients and control in unique bands with the primer OPAA11, OPAA17 and OPU15. The results were compared between 10 bands of patients and 6 bands of control, as shown in table 5.