Table 1. The experimental design of the study 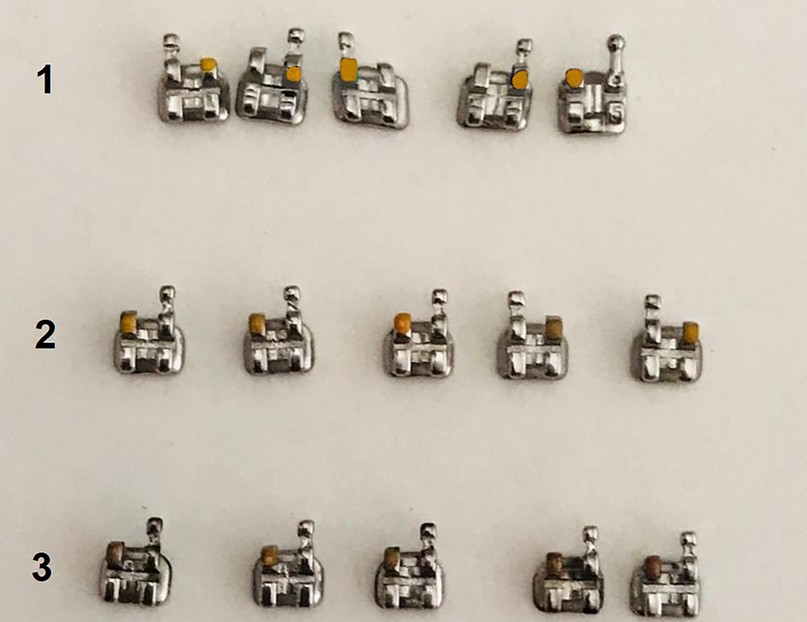 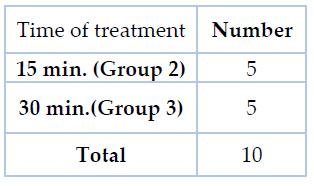 Table 2.The number of brackets and duration of treatment for cytotoxicity assessment
Plasma surface treatment procedure
The plasma surface treatment procedure is done at the Iraqi Ministry of Science and Technology/ Material Research Directorate using the DC magnetron sputtering system. The plasma treatment system used in this study consist of a cylindrical plasma chamber containing two electrodes, the cathode and the anode, separated by 4 cm, providing an electric field for gas discharge. The discharge is carried out with Argon gas at a flow rate of 40 SCCM under the pressure of 5×10-1 mbar. The chamber was evacuated by using a rotary pump (Edward of 12 m³ /h) to vacuum pressure 3×10-1 mbar. The amount of gas inside the chamber is adjusted by using a flow meter, and the pressure inside the chamber was observed by Perani gauge with Edward's controller 1105. The applied voltage was 500 V which was controlled by a DC power supply. Cathode potential and discharge currents were measured by digital multimeter 15.
In the plasma treatment procedure, the brackets were placed in the magnetron sputtering chamber and distributed in a way that the bonding side faced the anode electrode. High purity argon gas was employed as the ambient gas. The brackets' bonding side was not treated. The plasma treatment was conducted for 15 min. & 30 min. to produce two main groups of treated brackets with two different periods of exposure, as shown in figure (2). 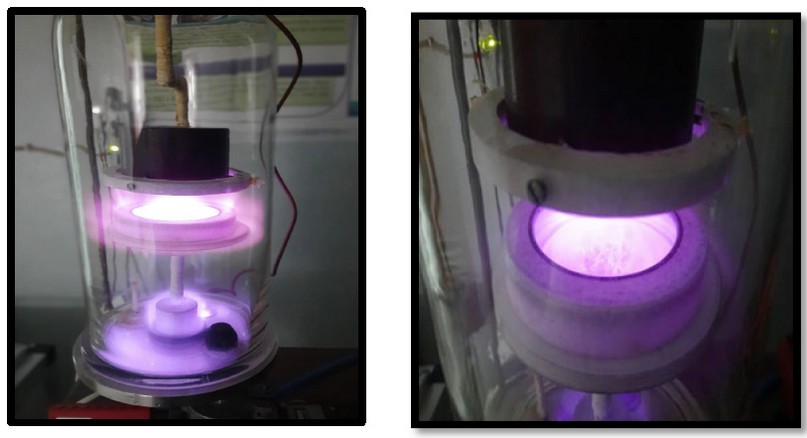 Figure 2. Plasma surface treatment process of orthodontic stainless steel bracket
Cytotoxicity test
The MTT test is used to assess the biocompatibility of treated stainless steel brackets depending on the capacity of living fibroblasts to produce formazan crystals from (3-(4,5-dimethylthiazote-2yl)-2,5-diphenyl tetrasodium bromide). MTT test was used to evaluate cell viability in response to a treated stainless steel bracket (for three immersion times at 24h, 48h, and 72h). According to the International Standard ISO 10993-part 5 in 2009,  At a density of 4 × 10 3 cells per well,  Primary human dermal fibroblasts  (HDFn) were injected into 96-well plates (Falcon, Teterboro, New Jersey, USA), and incubated for two days at 37°C, in 5% CO 2 in air. After incubation, the culture media was removed, and 200μL of the culture media containing the metal bracket extracts of each immersion period was added. Each well was then dyed with MTT    (50 μg/l). The plates were incubated for 4 hours at 37°C with 5% CO 2 in the air. An enzyme-linked immunosorbent assay reader was utilized to determine the degree of light absorption at 570 nm in each well (U2000, Hitachi, Tokyo, Japan). The cell viability tests' results were given in percentage, the experimental wells' absorbance at 570 nm compared to the control wells' at 570 nm. For each subgroup, six replicates were performed 16.
Microbiological aspect
Collection of bacterial samples and culture procedures
Saliva samples were taken from 20 patients undergoing fixed orthodontic treatment (stainless steel brackets) with a duration from starting the treatment not less than two months by spitting into a glass flask; the saliva was then mixed with 1 ml of phosphate-buffered saline (PBS). The samples were sent for microbiological analysis within two hours. In this research, we selected       S. mutans and L. acidophilus from the microbial collection because of their significant role in the development of WSL and dental caries; studies suggest that S. mutans has been linked to the onset of dental caries while lactobacilli have a more crucial role in the progression of caries. For S. mutans culturing, 100 ul of the sample was distributed on Mitis Salivarius agar with 0.5 IU/ml bacitracin (Sigma, USA) and then incubated for 48 hours at 37°C in a microaerophilic environment. While L. acidophilus was cultured on Man, Rogosa and Sharpe (MRS) agar for 24h at 37 ⁰C under 95% air and 5% CO2, the isolates were identified based on the colonies' morphological and cultural features, finally confirmed by Vitek 2.
Adhesion Assay of bacteria to orthodontic brackets
The adhesion ability of S. mutans & L. acidophilius to the brackets was measured by using the plate counting method 17. In this assay, stainless steel bracket segments roughly (1 cm²) were put in tubes containing 5 ml suspension of tested microorganisms which is (1X10^⁸ CFU/mL) according to (0.5 McFarland turbidity standard), then incubated for 1 hour at 37°C. Following incubation, Phosphate buffer saline was used to wash stainless steel brackets three times. The brackets were put in 10 ml fresh PBS and sonicated for 5 minutes at 40 kHz to remove adherent cells. The sonicated PBS was serially diluted and cultivated on tryptic soy agar plates. The viable colony count approach was used to determine the number of adherent bacteria in sonicated PBS (pH= 7.2, 0.1 M), which refers to the degree of adherence of bacteria; this procedure was repeated for each group. The biofilm formation on the orthodontic bracket was tested by using an ELISA plate reader 18. The following steps were applied for six groups in which Serial dilutions of S.mutans and L. acidophilus bacterial cultures were made from nutrient broth to exhibit a cell density of 5 × 106 cells/ ml, and stainless steel bracket (1 cm long) were submerged in 5 ml culture in culture tubes ( for each group), the culture tubes were incubated at 37 °C for 24 hours.
The stainless steel brackets were removed, then rinsed in sterile water, put into culture tubes within 2 ml of nutrient broth, and incubated for 24 hours at 37 °C and 30 °C for S.mutans and L. acidophilus, respectively. Stainless steel brackets segments were removed and rinsed in sterile water before being submerged in tubes within a 0.1% crystal violet solution for 5 min. Stainless steel brackets segments dyed with crystal violet were rinsed in sterile water and moved to separate wells of a 96-well microtiter plate. 25 μl of 30% acetic acid was dropped onto the surface of each catheter to allow solubilization of the adhered biofilm into their respective wells. Absorbance was carried out at 550 nm, and the optical densities of S. mutans and L.acidophilus biofilms on U-C and BCN-C were measured. The optical density was recorded by using 30% acetic acid as a blank. The orthodontic brackets' adhesion and biofilm formation assays were performed two months after subjecting the brackets to the plasma surface treatment procedure.
Statistical Analysis
The adhesion test results were expressed in viable colonies count attached to bracket surface (CFU), while the biofilm formation test's results were expressed in optical density (OD). Standard statistical analysis software was used for data assessment (version 20.0, Statistical Package for the Social Sciences, IBM Corporation, Armonk, NY, USA). Descriptive statistics, including mean and standard deviation values, were calculated for the variables. The statistical significance cut-off was set at p ≤ 0.05.
RESULTS
In the current study, four isolates for S. mutans & four isolates for L. acidophilus were obtained to perform microbial and statistical analysis as follows:
Adhesion assay
In the present study, adhesion assay results recorded the highest viable colonies numbers in group 1 in which S.mutans (186±2.8) and L.acidophilus (335± 0.68) when compared with group2 in which the colonies number of S.mutans (168.5±0.70) and L. acidophilus (226±0.01) while the lowest colonies number appeared in group3 in which S.mutans (133±1.00) and L.acidophilus (187±1.00) as shown in figure (3). T-test was used to compare groups 1 &2; groups 1&3 showed a significant difference between group 1 & group 3 at (p ≤ 0.05) as shown in table (3). 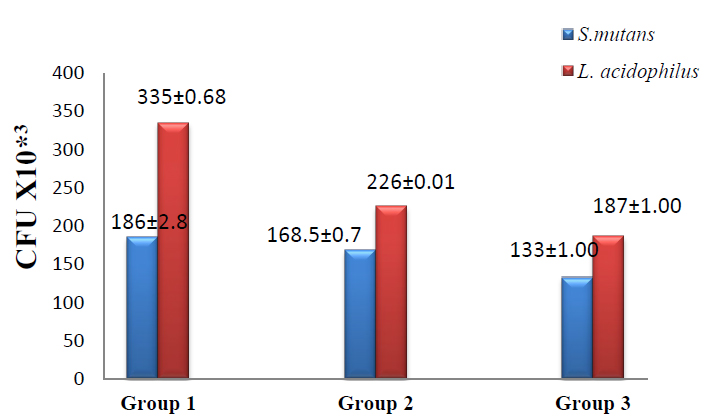 Figure 3. Adhesion assay of  S.mutans & L.acidophilus to the brackets in the studied group 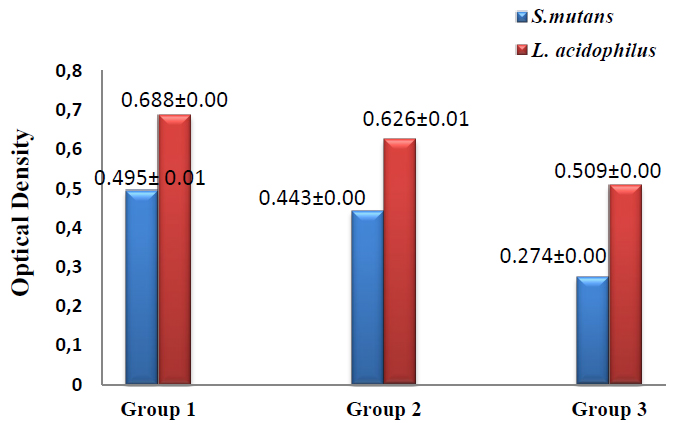 Figure 4. Biofilm formation assay of S.mutans and L.acidophilus in the studied groups

Table 4. The biofilm formation assay of S.mutans and  L.acidophilus in the studied groups
Cytotoxicity test
MTT test on human gingival fibroblast cells in vitro was used to assess the cytotoxicity of the treated brackets. The dose-response viability of fibroblast-like cells treated with the culture media containing treated stainless steel bracket of different immersion periods at (24h, 48h, and 72 h) is expressed in percentage and presented in table (5). MTT test reported more than 80% in both group 2 &group 3 for the three different periods. T-test was done to compare every two groups and revealed a significant difference between 24 and 72 hr, but there is no significant difference between 24 and 48 and between 48 and 72 hr in both group 2 and group 3. However, there is no significant difference between groups 2 &3 during the same periods (p≤ 0.05).