Michalina Bartak1, Agata Lange2, Anna Słońska1, Joanna Cymerys*1
Available from: http://dx.doi.org/10.21931/RB/2020.05.03.18
ABSTRACT
Nowadays, the application of alternative methods instead of clinical treatment creates a new possibility to prevent the development of diseases. Medicinal plants such as Sambucus nigra have been well known due to their extraordinary properties. The similarity to synthetic substances makes it potentially dependable; however, a high concentration of cyanogenic glycosides may exert detrimental consequences. It has been documented that Sambucus nigra extracts are used against both human and animal viruses, like influenza A and B viruses, human immunodeficiency virus (HIV), dengue virus (DENV-2), human herpesvirus type 1 (HSV-1) and human coronavirus NL63 (HCoV-NL63). Such reports are notably valuable especially considering the widespread usage of commercial drugs, which could be ineffective. This review provides insight on recent research on the health properties of plant Sambucus nigra as an antiviral medication that may help propose new therapy.
Keywords. Sambucus nigra, extracts, antiviral, healing
INTRODUCTION
One of the fundamental issues of general biology and present knowledge of the philosophy of nature is the problem of demarcation of nonliving and living matter. The definition of viruses is similar - they can be categorized as a connection between mortuus et vivus materia 1.
Coping with viral diseases using commercial drugs is difficult. They penetrate living cells and alter their metabolism using specific enzymes. It creates a possibility to replicate. The majority of synthetic drugs is precisely directed against the replication process. The main difficulty of antiviral cure is a high potential of getting synthetic substances resistance.
What is more, our knowledge of healing with antiviral drugs is not up to the standard level yet. As a result, finding alternative treatment methods became common 2. Using plants as medicine have long been known 3. Nowadays, there is a widespread increase in using natural pharmaceutics, which is defined as a less expensive source of healing 4. Worldwide estimates prove that 70-80% of people rely on natural medicine because of its sufficient actions in healthcare. However, the topic of plant medicine is not flawless. Sometimes it may come from access to plants’ material, including proper living conditions and some other dependencies 5.
This study is aimed to better understand the health properties of plant Sambucus nigra as an antiviral medication that may help propose new therapy.
Sambuca nigra
Sambucus nigra L. is a part of Adoxaceae family (following Integrated Taxonomic Information System) 6 in the northern hemisphere, especially in Europe, Northern America, and Western Asia 7,8. There are three subspecies of Sambucus nigra L.: S. nigra L. ssp. nigra, S. nigra L. ssp. canadensis, S. nigra L. ssp. Cerulean 9.
Sambucus nigra is a 7- 10 meters high bush or rarely a small tree with a small white flower gathered in cyme (Figure. 1) 7. The flowering season falls in June and July, but it usually happens in its third or fourth year. The leaves with total length in 30 cm are accumulated in 5-7 pair 10. Both flowers and leaves (during rubbing) have a specific aroma, which can be found as an unpleasant 11. The elders’ fruits are firstly green and elongated, but during ripening, they become roundish black and shiny berrylike drupes. Each drupe contains 3-5 seeds inside. The seeds’ maturation is connected with the mean October temperature, which is required to be approximately 7°C 12.
Black elder prefers soil based on nitrogen and calcium compounds. Despite its predilection for alkaline soil, it is also able to grow on a different type of soil even with a pH ranging between 4,2 and 8,0 10,12. 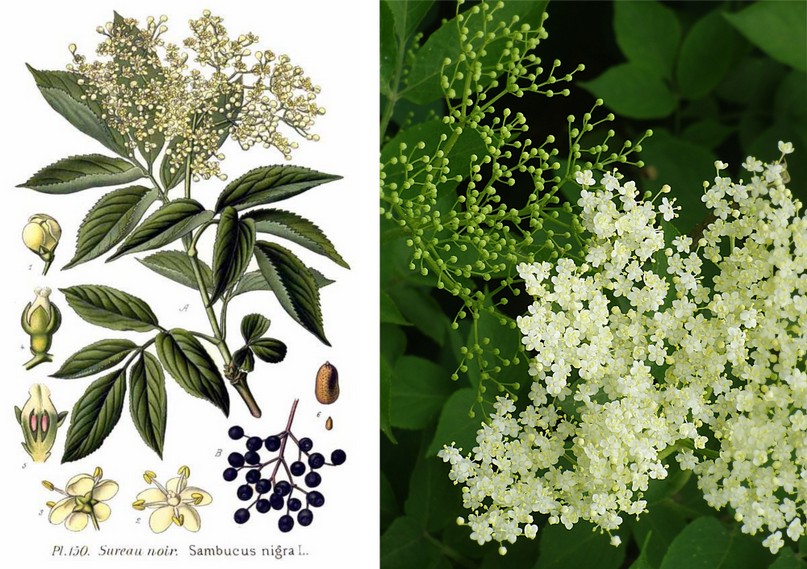 Figure 1. Sambucus nigra – flowers, berries, and leaves (Source: Amedee Masclef – Atlas des Plantes de France, 1891.
Constituents
Sambucus nigra’s chemical composition is associated with plenty of factors - climate and manner of agriculture alike 12. Both extracts from fruits and flowers have shown a high possibility of reducing viral infections symptoms 13.
Crucial constituents of black elder are RIPs (ribosomal inactivating proteins), which (beside lectins) are part of S. nigra agglutinins (SNAs). RIPs found in S. nigra fruits aim for specific cells or substances which many pathogens bind. They show higher potential than RIPs from other plants. Other antiviral substances present in black elders are peptic polysaccharides through their availability to activate Macrophages 13. The main substances are present in Table 1. 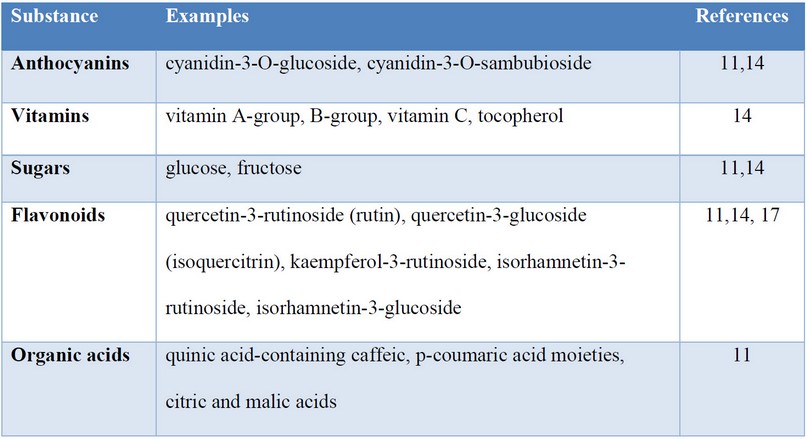 Table 1. The most abundant substances in Sambucus nigra (Source: as listed in table).
Flowers
The flowers’ extract is full of bioactive flavonoids and phenolic acids 14. Through the Schmitzer et al. study 11, there were identified major flavonoids: flavonol glycosides rutin, kaempferol-3-rutinoside, and isorhamnetin-3-rutinoside.
Listed substances constitute 90% of total flavonoid concentration in elderflowers. In the case of phenolic acids, 70% of them were 5-caffeoylquinnic acid and 1,5-di-caffeoylquinnic. Using products from the black elder as medicine is supported by its electrochemical activity, which comparable to 21g ascorbic acid per kg dry flowers 11.
Fruits
The main products from black elders show the same properties, such as ones used in medical aid. Most of them are anthocyanins that are known for their health-related features, including antiviral and antibacterial activity, reducing oxidative stress and, as a result – free radicals. Among anthocyanins, cyanidin-3-O-glucoside and cyanidin-3-O-sambubioside were identified. S. nigra fruits consist of different variety of sugars with a total content from 68.53 to 104.16 g per kg fresh weight. The central part of this group is occupied by glucose and fructose. Furthermore, organic acids, such as critic and malic acid, are also established in berries. Their concentration in S. nigra berries has been observed six times higher than in apples 11.
Application of Sambucus nigra
There are plenty of purposes of using S. nigra even in everyday life, beginning in nutrition. The extracts from fruits are standard in the production of juice, jellies, or wine. However, there are a lot of other properties used in medicine (Figure. 2). Tea from fruits is intended for the treatment of colds and its’ symptoms such as high temperature 11. Abundant in tannins and polyphenols extracted from the S. nigra shows antioxidant properties, resistance to U.V. radiation, and high biological activity, which can be a base of users in cosmetology 15,16.

Figure 2. The bioactive compounds found in elderberry (own work based on 9)

What is more, the blackberries are valued in folk medicine. The infusion of blossom is popular for diaphoretic and diuretic properties7,8,17. The black elder is associated with the immune system; it modules the production of proinflammatory cytokines such as IL-6, TNF-α 15,18.
S. nigra extracts are also useful in healing diabetics or obesity. It is related to glucose metabolism in the human organism and insulin uptake. Additionally, S. nigra decreases cholesterol and lipids levels which may cause a weight loss 13,19.
Disadvantages of usage Sambucus nigra
As we mentioned in the introduction, using plant extract can have disadvantages. The main disadvantage in the case of S. nigra is the risk of allergenicity. That effect is due to the high amount of cyanogenic glycosides (CGG), which are present in all parts of S. nigra. Among them, sambunigrin and prunasin occur the most frequently (Fig. 3). The content of cyanogenic compounds might have health consequences manifested in poisoning 12. The mechanism of cyanide’s toxicity relies on inhibition of oxidative phosphorylation caused by cytochrome oxidase, which stops electron transport. As a result, adenosine triphosphate (ATP) synthesis cannot proceed, and cellular respiration has to be halted 20.